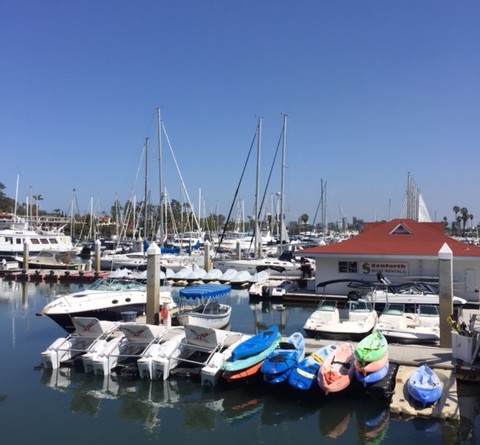 What Happened: The Avalon City Council is looking into drafting a letter to California Attorney General Kamala Harris and seek advice of how multiple freight lines can service Catalina Island’s only municipality.

Council member Joseph Sampson hoped the state’s top attorney would advise the city of Avalon of how to prevent a monopoly, allowing freight services to Catalina Island to be subject to open competition.

“We would like to ask the AG for a directive for what we need to do to achieve multiple ocean freight carriers,” Sampson said. “We’re being blocked from using our freight across the area that’s adjacent to the landing ramp, which is public domain.”

Sampson and Mayor Ann Marshall voted in favor of drafting a letter to Harris’ office; Council member Oley Olsen was the sole vote against, while Council members Richard Hernandez and Cinde MacGugan-Cassidy abstained from the decision.

The California Public Utilities Commission, on Feb. 25, granted Avalon Freight Services and Curtin Maritime Corp. a Certificate for Public Conveyance and Necessity to transport freight by vessel between the Port of Los Angeles and Avalon.

What’s On Tap: The city will draft a letter and have two council members serve on an ad hoc committee to review the correspondence.

What Happened: The California Coastal Commission unanimously accepted the Port of San Diego Board of Port Commissioners’ adoption of a Port Master Plan amendment for the Glorietta Bay Marina Dock C improvements project.

Port commissioners adopted a resolution in March to amend its master plan for the Glorietta Bay Marina improvements project to designate the water around Dock C for recreational boat berthing instead of an open bay.

What’s On Tap: Construction of Dock C improvements, the final leg of Coronado’s Glorietta Bay Marina redevelopment project, is still on track to begin this fall.

What Happened: The Port of Long Beach announced on April 15 it is accepting public comments on a study and report on a proposed fireboat station at Pier D in the inner harbor. Plans call for the relocation of a temporary fireboat station into a permanent, two-story building measuring 9,416 square feet and accommodating a six-member fireboat crew and two firetrucks. Attached to the building would be an 18,700-square-foot boat bay and roof enclosures for a fireboat.

The Initial Study and Mitigated Negative Declaration can be viewed at polb.com/ceqa.

What’s On Tap: A public hearing for the final segment of the project’s environmental impacts will be held May 4 at the Port of Long Beach’s Interim Administrative Offices, 4801 Airport Plaza Drive, Long Beach. The hearing starts at 5 p.m. in the Harbor Commission Boardroom.

Public comment will be allowed in person at the May 4 hearing or in writing through May 16. Written comments can be submitted via email to heather.tomley@polb.com snail mail to Heather Tomley, Director of Environmental Planning, Port of Long Beach, 4801 Airport Plaza Drive, Long Beach, CA 90815.