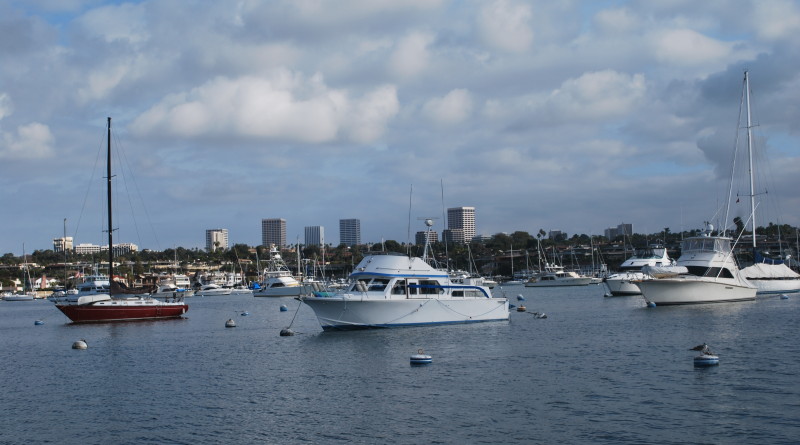 The Santa Barbara City Council appointed Merit McCrea and Lang Sligh to the city’s Harbor Commission on June 28. Sligh received votes from six of the seven council members, while McCrea earned the minimum of votes to be appointed. Laurie Dalton was also nominated for a seat on the commission but only received two votes. McCrea and Sligh will fill the two seats vacated at the end of 2015; one commissioner did not seek re-appointment at the end of her term while another commissioner served for two years before moving on to other obligations.

Meanwhile Paul Blank was unanimously re-appointed to his seat on the Newport Beach Harbor Commission, also on June 28. Blank had fulfilled his previous four-year term and sought another four years; his seat was the only one up for re-appointment. Resident Ira Beer applied to be considered for the Harbor Commission seat.

What’s On Tap: McCrea and Sligh will assume their positions on the Santa Barbara Harbor Commission at the board’s next meeting on July 21. Blank will continue serving on the Newport Beach Harbor Commission.

For example a person who is caught operating a vessel under the influence of alcohol or drugs has the right to be informed by law enforcement officials that a criminal complaint may be filed against him or her.

The person alleged of BUI also would have the right to refuse chemical testing if AB 1829 becomes law. AB 1829 would also permit a police officer or sheriff’s deputy to obtain a search warrant to compel an arrested person to submit a blood sample to authorities.

What’s On Tap: AB 1829 heads to Gov. Jerry Brown’s desk for approval or rejection. If approved the bill becomes law. Legislators would have the right to veto if Brown rejects AB 1829.

What’s Happened: On June 27 the Los Angeles County Board of Supervisors received and filed a report stating the Department of Beaches and Harbors identified $624,050 in excess revenue from Marina del Rey leasehold extensions for the 2015-16 fiscal year.

Extension fees contributed $251,050 to the excess revenue, while option fees accounted for the remaining $373,000.

The department has been required to report excess revenue on an annual basis since 2013.

What’s On Tap: Gary Jones, director of the Department of Beaches and Harbors, said his division of the county government anticipates a significant surplus overall for the previous fiscal year.

“The Department of Beaches and Harbors is anticipating an overall $12 million surplus for fiscal year 2015-16 and will be requesting back $5.7 million in supplemental changes to the fiscal year 2016-17 budget,” Jones told supervisors in a letter.