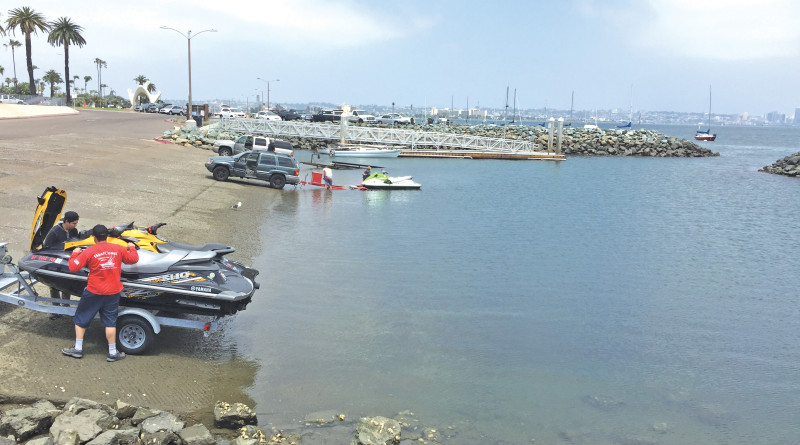 The Port of San Diego hosted a 90-minute open house for boaters and the general public at its Downtown San Diego headquarters Nov. 17 to discuss planned renovations of the Shelter Island Boat Launch Ramp.

Design renderings and exhibits were on display for the public to view, while members of the project team answered questions about the boat launch ramp’s planned upgrade.

Port officials are planning to replace the existing 10-lane boat launch ramp with an updated venue featuring a new breakwater wall, public walking platforms and viewing areas. Other upgrades, according to announced plans, will be made to the gangway, docks, signage, lighting, restrooms and kayak launch.

Construction is expected to start in early 2017 and be completed within 10 months, according to port officials. The boat launch ramp would be temporarily closed during construction.

About 600 square feet of eelgrass will be planted inside the basin as part of the project’s environmental mitigation.