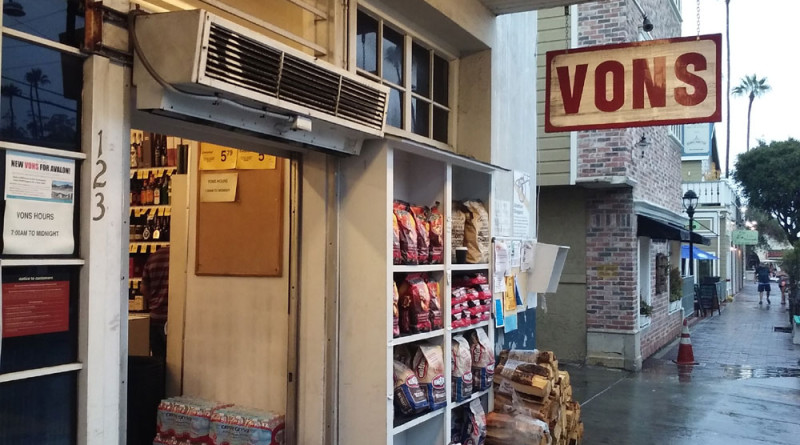 AVALON — Plans to construct a new two-story, 23,044 square foot Vons grocery store on Sumner Avenue on Catalina Island will be realized with the Avalon City Council voting in favor to adopt the project’s Mitigated Negative Declaration and Coastal Development Permit.

The 2-1 vote came after a lengthy special appeal hearing at Avalon’s City Council Chambers, Aug. 4. Mayor Ann Marshall and Council member Cinde MacGugan-Cassidy had to recuse themselves from the discussion and abstained from the vote.

City staff provided responses to the allegations in the formal document, available at tinyurl.com/pppjxbo.

The appeal states other sites may be more appropriate for the store; impacts will not be adequately mitigated, including water use, noise and traffic congestion; one hour parking and shopping carts in the neighborhood will result in aesthetic blight impacts.

“CESA wants a better grocery shopping experience just like everyone else but we want Vons to be a good neighbor and one that fits into the vibrant neighborhood,” said CESA representative Michelle Black of Chatten-Brown & Carstens, a Los Angeles environmental firm.“There is no reason why a 23,000 square foot two story store is needed for 4,000 people.”

The proposal to consolidate the island’s two existing Vons – a full-service store on Metropole Avenue and a Vons Express on Catalina Avenue – into a single grocery has stirred heated debate among residents, specifically, those in support of the larger store and those opposed to the building’s location and size.

Thirty-two speakers communicated their thoughts on the project at the Aug. 4 hearing with those in opposition stating the project impacts treasured views of the mountains, breaks away from the town’s character, and will create noise and traffic.

Speakers also expressed concerns about the city building a large supermarket at the same time it is dealing with a serious drought that requires residents and visitors to limit water use.

According to staff reports, Southern California Edison (SCE) determined the new Vons would require .28 acre-feet of fresh water and on April 29, 2014 Santa Catalina island Company informed SCE of its proposal to transfer in while the pre-existing water allocation from the Wilcox Nursery (.17 acre feet and excess fresh water from the Gulf Gardens (.54 acre feet) to ensure availability of the .28 acre feet for Vons and have an ultimate savings of .26 acre feet. This makes it so the project has water sufficient to meet its demands.

The new Vons will sell groceries and other basic goods. An onsite pharmacy is not included in the plan. The project site is on a 3.13 acre parcel owned by the Santa Catalina Island Company and is zoned commercial.

Those in favor of the new store said change is needed.

Judy Hibbs, a longtime Avalon resident asked the council to approve the project, sharing that most recently many residents were unable to buy a piece of chicken because the current Vons stores were not carrying the item since there was nowhere to store it.

“I want my grand kids to have options,” she said. “I was thinking about future generations when I asked for this new store.”

Other speakers voiced frustration with making trips to the mainland to shop at Trader Joes or Whole Foods to purchase items not available at the stores on the island.

“We have been diligently working to replace our antiquated stores on Avalon for over seven years; my predecessors in the Vons Company for at least a decade before that because it is something that Catalina needs in the long term and it’s the right thing to do,” said Brian Braatan, vice president of Real Estate for Vons/Safeway/Albertsons.

Braatan said the company has worked with city leaders, city staff and residents over the past year to address concerns surrounding the project. “It is obvious and proven by petition that the vast majority of residents and visitors favor the project and by the show of red here tonight,” he said referring to those in the crowd donning red t-shirts in support of the project.

In the end, the item passed 2-1 with modifications. Council member Richard Hernandez cast the lone no vote.

According to a survey taken by the Catalina Island Chamber of Commerce and Visitors Bureau in October 2014 seeking input from supporters of the project, of the 1,815 responses, 60 percent identified themselves as visitors to the island, with 38.83 percent of those stating they visited the island four or more times a year.

“As the Avalon economy is entirely dependent on visitor spending, satisfying the interests of our most frequent visitors was the right thing to do,” said Jim Luttjohann, Catalina Island Chamber of Commerce and Visitors Bureau president and CEO. “It is safe to assume, a great number of those frequent visitors are boaters arriving at the island on their own crafts. The Catalina Island Chamber of Commerce and Visitors Bureau looks forward to having a new Vons store help to enhanced the future and long term visitor experience.”

Council members asked the project applicant provide residents with the project manager’s phone number; requested modifications be made to parking areas on Sumner to allow golf cart parking on one side of the street and parking for full size vehicles on the opposite side of the street, and that the project applicant consider installing three-pane windows for residents affected by project noise on Sumner. Time restrictions on trucks entering the area and explore the feasibility of offering grocery delivery service were also requested by the council.

The island is home to more than 4,000 year-round residents and receives more than 700,000 annual visitors.

The project will take 10 months to be completed.