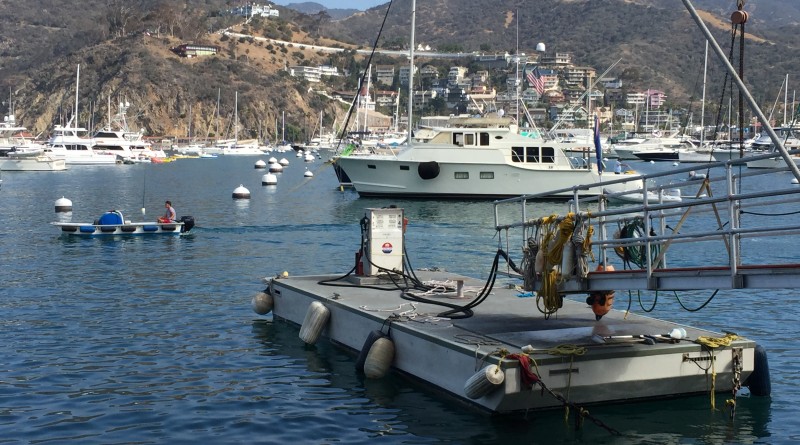 What Happened: The Avalon fuel dock is back on track after hitting a few snags, according to the city manager’s Manager Update.

“The fuel dock project is now progressing at a better rate after a delay occurred upon the discovery of an old buried abandonment underground fuel tank. This unforeseen incident delayed the project as it was necessary to apply for a new permit (from L.A. County Public Works – Underground Tank Division), which required conducting soil samples from multiple locations to ensure the area was clear of hazardous materials,” according to Director of Public Works Dennis Jaich.

The city was given the okay to continue construction on Aug. 15.

An existing seawall condition resulted in another delay, which required engineering and the placement of concrete slurry backfill to strengthen the seawall’s structural integrity.

Two additional and unforeseen delays include the removal of boulders in the area and bringing existing electrical up to code.

What’s On Tap: Avalon officials hope the fuel dock is completed by mid-November. “We are hopeful that there will be no other negative obstacles that will create any further delays,” Jaich wrote.