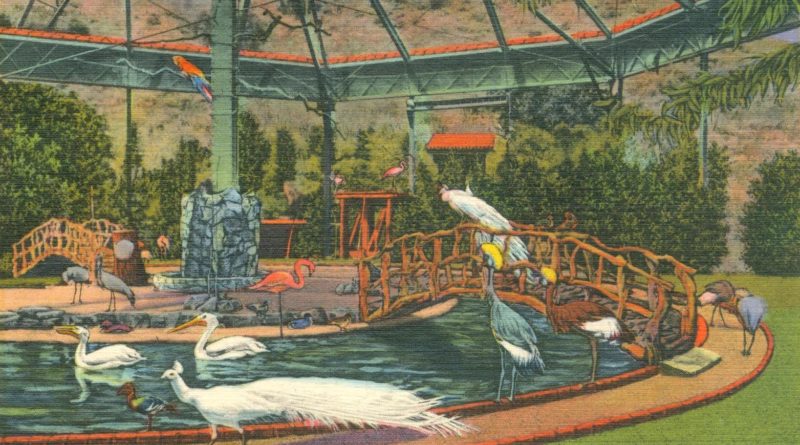 AVALON—Catalina Island has been home to many incredible things, from the buffalo planted there through the Hollywood film industry to a spring training ground for the Chicago Cubs during the Wrigley years. One of the lesser known attractions that at one time flourished was Avalon’s Bird Park, an aviary housing nearly 8,000 birds.

According to a blog post on visitcatalinaisland.com, Avalon’s Bird Park was even sourced for sounds of the 1939 classic film by MGM that also happened to be the first color picture: “The Wizard of Oz.” Judy Garland starred in the Technicolor movie, which for the time had very advanced special effects.

The blog says: “The sound crew [for “The Wizard of Oz”] recorded more than 15,000 feet of birdcalls, chirps and singing. The recordings were considered to be [the] most complete collection of bird noises at the time. The recorded birdcalls were played at different speeds and in different ways, and then incorporated into many of the film’s scenes, including the spooky sounds of the witch’s Haunted Forest.”

A few older adults born before the park closed in 1966 still have memories of seeing the many exotic and rare birds. For those who never had the chance to visit, there are many videos on YouTube, which give interested people the chance to see what it was like.

When the park finally closed due to waning interest, many of the birds were transferred to the new at-the-time Los Angeles Zoo, which you can still visit today in Los Feliz. What people may not know about Avalon’s Bird Park is that it was ahead of the curve on matters such as bird conservation and study.

Today, though the Bird Park no longer exists, visitors can still see remnants of it. Avalon Cooperative Preschool still uses its entry gate and flight cage across from Catalina Island Golf Course.