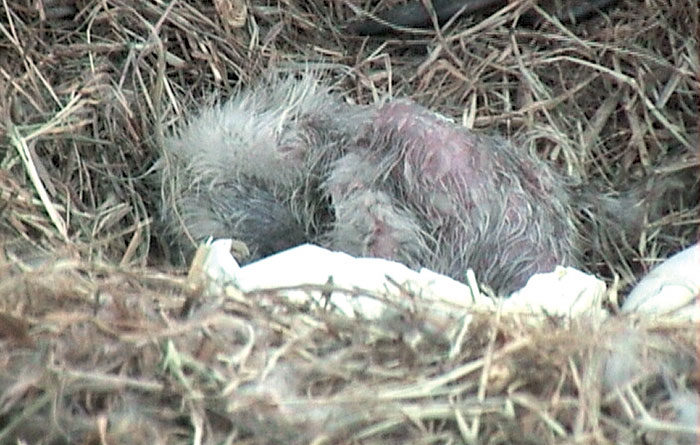 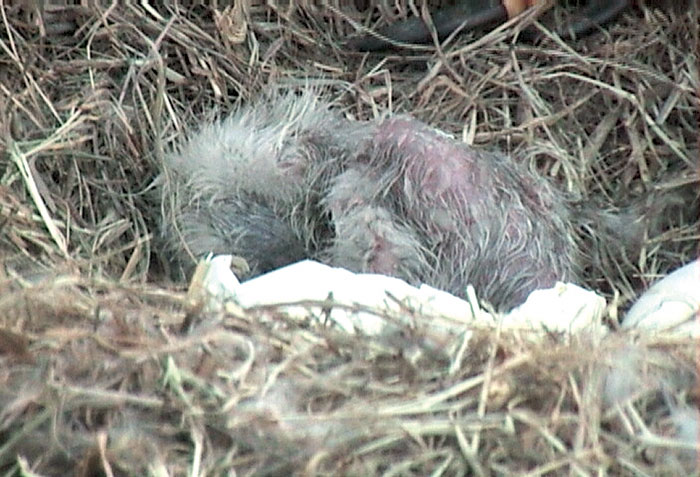 CATALINA ISLAND — Boaters who view the Institute for Wildlife Studies’ Eagle Cam online may have caught the emergence of a baby bald eagle when it hatched the morning of April 4. The camera provides the public with a rare up-close look at this endangered species.

Cameras are fixed on two nests located on the island’s West End and at Two Harbors. The cameras, operated by the Pet Collective and the institute, have been streaming live footage of the nests since 2005.

Peter Sharpe of the Institute for Wildlife Studies said he anticipates one to two more chicks will hatch in the West End nest within the month. The West End chicks are offspring of Wray, a female bald eagle, and a male eagle nicknamed Superman.

Cameras were initially used by institute staff in the 1990s to observe eggs, chicks and eagles in their natural environment. Now, they offer the public a unique view of the day-to-day activities of the eagles, which were once wiped out on Catalina Island due to DDT contamination in the early 1960s.

By 1989, the institute had reintroduced the eagles to the island — and its staff has been monitoring them closely ever since. Staff members put federal tracking leg bands on eagle chicks once they are 8 weeks old, take blood samples and equip them with wing tags and radio transmitters.

Bald eagles are recaptured if they are unhealthy or unable to seize prey.

Sharpe estimates that the eagles lay an average of two eggs per year.

The public can watch the eagles, donate funds to keep the cameras going, adopt a nest or contribute to the institute by visiting iws.org.