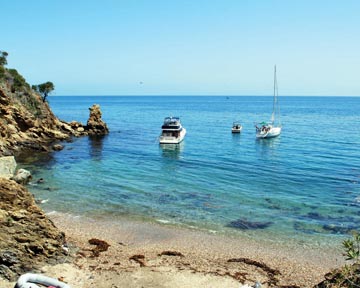 TWO HARBORS — In need of a little camaraderie among boaters? Offshore Cruising Club, an organization comprised of cruising aficionados, has opened its doors to new members.

Members have the opportunity to get out on the water several times a year as many rendezvous are scheduled to take place at Santa Catalina Island’s Little Geiger’s Cove. Other gatherings are hosted at members’ homes on the mainland.

Little Geiger Cove is located on the leeward side of Catalina Island and is a short dinghy ride west of Two Harbors. The club acquired its land lease at the cove in 1958.

A lot has changed since then.

Today, the club’s rustic facilities include a teahouse and a deck with a communal barbecue. Fresh water is also available for members.

Potential Offshore Cruising Club members are invited to attend an open house at the Long Beach Yacht Club in May. For more information on the open house and the club, contact Markle at (562) 818-5762, email delkram@gmail.com or visit offshorecruising.com.