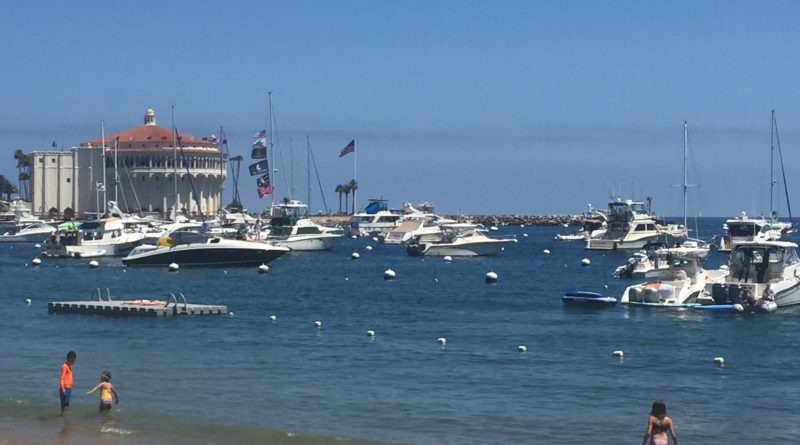 AVALON—The Log’s Parimal M. Rohit once wrote a satirical piece for April Fool’s Day about Avalon’s Casino being converted into an actual gambling hall. This was in jest – today Avalon does not have an actual casino and, to public knowledge, there are no plans to incorporate such a place. However, what some people may not know is at one point Avalon was home to an exclusive gentlemen’s gambling association called The Pilgrim Club.

Jeannine L. Pedersen, author of Catalina Island, wrote: “The Pilgrim Club was an exclusive men’s gambling club built on Catalina Island in 1902. Operated by New York capitalists, the club was lavishly decorated with Turkish rugs, stuffed leather furniture, and works of art. A chandelier, which hung at the center of the great room, was rumored to have cost $300,000. Gambling stakes were high, and the club boasted that it operated as a miniature Monte Carlo.”

Whatever happened to The Pilgrim Club, which once stood at 124 Whittley Avenue? Sadly, The Pilgrim Club faced an unfortunate fate in 1915 when a massive fire destroyed many buildings lining Whittley Avenue. On Nov. 30, the fire raged, engulfing six of Avalon’s hotels, including Hotel Metropole, Tuna Club and other businesses, and caused more than $2 million in damages; though the cause of the fire was mysterious, many thought it was due to arson though this has never been confirmed.

Strangely enough, the fire led the Banning Brothers, the owners who are largely credited with boosting Catalina’s booming tourism industry, destroying another Catalina Connection feature: Sugarloaf Point. In an effort to recover from the fire and make plans to build a new hotel, the Banning Brothers used dynamite to blast Sugarloaf, eventually making way for Hotel St. Catherine though it would be built in Descanso Canyon.