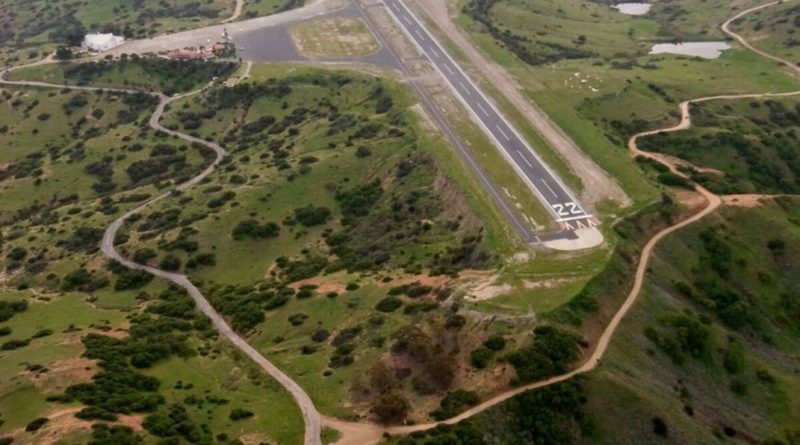 Marines and Seebees “worked tirelessly, amid all weather conditions” to repair 3,000 feet of the historic airport’s runway.

CATALINA ISLAND—More often than not working together can yield great results – this is certainly true for Catalina Island Conservancy’s collaboration with the United States Marine Corps in undertaking the repair of the famed Airport in the Sky’s runway.

The project, which began in January 2019, is nearing completion with representatives from Catalina Island Conservancy saying the runway could be re-opened for public use again as early as May.

“Over the course of the project, nearly 200 Marines worked to repair the runway at the newly-named ACE Clearwater Airfield,” says Jessica Boudevin, Communications Manager for Catalina Island Conservancy, in an email to The Log.

Boudevin continued: “Paving 3,000 feet of runway with 130 concrete slabs was a monumental task – especially with the continuing rainy season. The Marines and Seabees landed in early January and worked tirelessly, amid all weather conditions, completing the final concrete slab pour on March 22. There is still much to be done before the airport reopens for public use. The concrete needs to cure to reach its full strength potential and the airfield will be striped and certified by CALTRANS as a public use airport. Airport in the Sky will reopen for general use in early May.”

The repairs to the airport could not be timelier – Catalina Island is currently celebrating the centennial of Phillip K. Wrigley’s purchase of Catalina Island Company. Airport in the Sky opened on June 27, 1946, and was originally going to be built on Hamilton Beach. Wrigley stored his DC-3 plane in the Airport’s hangar when he visited the island.

Until 1959, when the airport transitioned to serving only private planes, United Airlines offered up to 13 flights a day for $5.50 per person roundtrip during Catalina’s heyday when it attracted many iconic celebrities.

Today, the Airport in the Sky is a favorite tourist attraction that boasts many activities including the Nature Center, a monthly Aero Club meeting, and DC-3 Gifts & Grill, renowned for its buffalo burgers.

Visit catalinaconservancy.org to keep up on the latest news about Airport in the Sky.