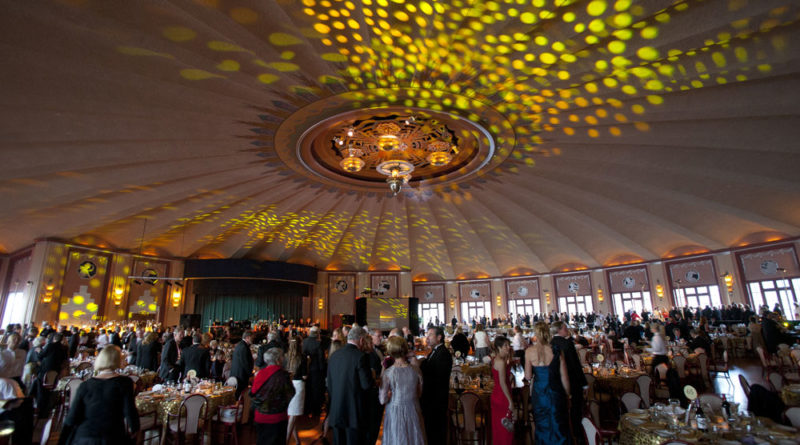 AVALON — More than 20 years ago, Randy Boelsems recalls a beautiful Catalina Island day, when he was sitting on his boat, admiring the historic Casino Ballroom and thinking: Wouldn’t it be great to go to an event there?

From that one thought came years of elegant, exciting and entertaining events at the Casino Ballroom that have supported the Catalina Island Conservancy. This year, on Saturday, April 11, Boelsems and hundreds more guests will be back in the Casino Ballroom to celebrate the 20th annual Conservancy Ball, “Leapin’ Lizards! An Emerald Celebration.”

Guests will enjoy a live and silent auction featuring one-of-a-kind items and adventures, including a day in the field with the Conservancy’s wildlife biologists as they conduct the annual Island fox trapping and a crowd-favorite – a hand-etched balthazar of Rusack Vineyards wine.

Corsair Yacht Club will be returning as the Conservancy Ball’s co-host for an unprecedented third time. The Corsair YC hosted the first Conservancy Ball in 1996 when Boelsems was the commodore and convinced the yacht club to help him make his idea a reality. He said the members worked together to plan the event and decided that it should benefit the Conservancy.

“When we planned the first ball, we didn’t think there would be a second one,” he said. “But that first one was magic. It was really magic.”

Les Brown and his Band of Renown, one of the most famous of the Big Bands, played at that first ball in 1996 and every ball until Brown’s death in January 2001. His son led the band at the 2001 ball and other bands have performed since, continuing the tradition of the Big Band sound throughout the Conservancy Ball’s history.

“For my wife and me, the Conservancy Ball weekend has been the most romantic weekend of the year for 20 years,” Boelsems said.