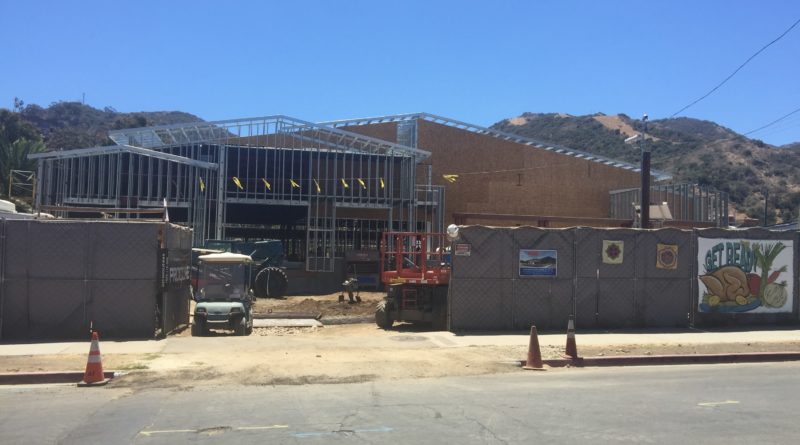 AVALON — Almost exactly a year ago to this issue’s date, The Log reported construction had finally broke on the Vons project. A lot has happened this past year in waterfront developments and infrastructure, but it appears as though the Vons supermarket stayed on track and finished construction in December 2018 as planned.

Now there are just the final details of solidifying a grand opening date. No official date has been given from Avalon’s contacts, but an unofficial opening date has been set for Jan. 9, 2019, according to planning director Amanda Cook.

Cook told The Log in an email: “I have been told unofficially January 9 [of 2019]. I don’t have an official date.”

Construction project manager Tony Smith, who is Cook’s contact, was copied into the email, but did not respond by press time. Any information provided will be updated online.

The construction for the Vons has already been completed and training is taking place. Stocking groceries has also begun.

Cook stated: “I think they [Vons staff] had a few minor delays in delivery of material.  Probably a few times the barge didn’t run.  They are in the store, stocking and training staff now.  They had originally said that construction would be finished by year end and that was mistakenly translated into the store being open.”

In December 2017, Cook told The Log construction would be completed within the year.

The Vons market, which is located on Sumner Avenue, has been a controversial project with local residents, but will be the first full-service marketplace on the island. Vons had previously operated two smaller markets in Avalon, separated by a few blocks.

One thought on “Construction for Avalon’s Vons market is complete, grand opening tentatively scheduled for early 2019”