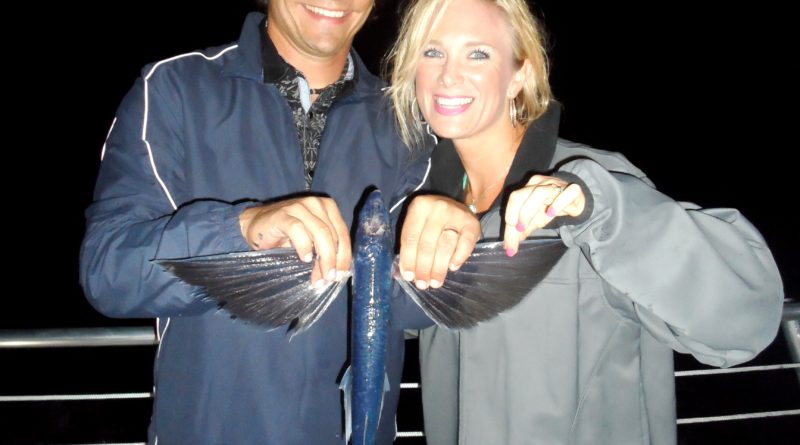 Hundreds of flying fish have been seen according to one local boat captain.

CATALINA ISLAND ― When fish fly, they actually propel themselves out of the water and glide through the air to flee their predators – unlike when pigs fly (a figure of speech referring to the impossible).

Flying fish, a true phenomenon, have returned to Catalina Island this summer after having dropped in number of sightings the last couple years. Hundreds of flying fish are seen nearly every night, according to Capt. John King of Afishinados Charters.

“Probably one of the best years on record,” King told The Log.

King attributes the warmer water to the increase in flying fish around the island. 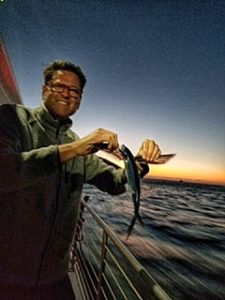 A flying fish might actually end up on a boat especially on a windy night, King mentioned. If someone is lucky enough to get hit by one, King gives the passenger a free t-shirt. No one has gotten hurt by a flying fish, King assured.

The 90-minute flying fish tours on Catallac take passengers to the location where flying fish are most abundant. Catalina Island Company offers a 50-minute tour aboard a larger boat.

Flying fish tours are seasonal and can be booked until mid-September. By the end of summer, divers begin to enter the water for lobster season making it too dangerous for the charter boats to go to those same areas.

Flying fish may only be 18 inches in size, but this fish can travel as fast as 37 mph underwater and “then takes to the air, sometimes reaching heights [of up to 4 feet or higher] and gliding long distances, up to 655 feet,” as stated on the National Geographic website.

For more information on the flying fish tours, go to bit.ly/2tUKNac or bit.ly/2tewQ2E.