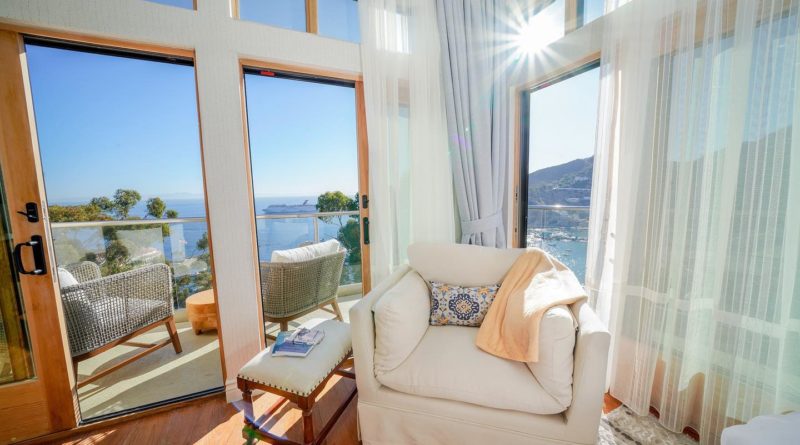 An open house and ribbon cutting event was held at Zane Grey Pueblo Hotel on Nov. 7. The hotel closed in 2011 for renovations and with sensitivity to the history of the property, the hotel was upgraded to 21st century standards.

Each room, suite, or penthouse is named for a book written by best-selling American novelist Zane Grey book. The hillside property was once the home of Grey.

He built the home in 1926 and spent most of his later life in Avalon writing and fishing. According to the Catalina Island Chamber of Commerce and Visitors Bureau, Grey was fond of saying “In order to fish, I write.” Some of the titles he authored include Call of the Canyon, Riders of the Purple Sage, The Thundering Herd, Under the Tonto Rim, and The Vanishing American.

More than 100 of his novels made it to the big screen, including The Vanishing American, which was partly filmed on Catalina Island; the movie is thought to be the reason 14 bison ended up on the island in the 1920s.

The hotel is offering a soft opening with discounts until mid-January. For more information or to book a room at the Zane Grey Pueblo Hotel visit zanegreyhotel.com/ or call 310-510-0966.

Catalina Island is home to several other historic hotels, including the Glenmore Plaza Hotel, which was built in 1891, Mt. Ada Inn, the former home of William Wrigley Jr. and his wife Ada, and Hermosa Hotel, which has been around since 1896, to name a few.