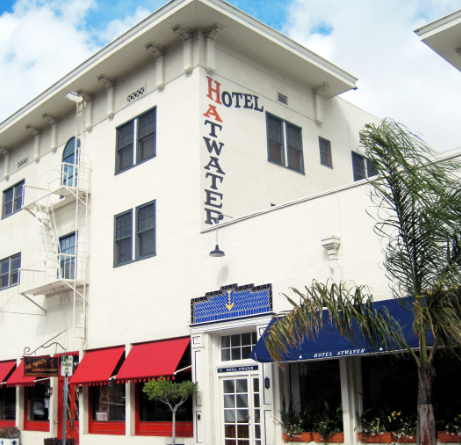 One of Avalon’s oldest hotels is expected to complete its property update by 2020.

AVALON — One of the oldest hotels in Avalon will have an updated look by the start of the next decade, as Hotel Atwater plans to renovate its property during the next three years.

Renovations are expected to be complete in 2020 – coincidentally in time for the hotel’s 100-year anniversary; the 91-room hotel opened its doors in 1920.

Plans call for the addition of meeting facilities and a lobby restaurant-bar. All rooms would also be renovated.

Hotel Atwater was part of the larger Atwater Building, which was designed by Pasadena-based builder David Malcolm “DM” Renton. He was also the mastermind behind other Catalina properties such as Mt. Ada, Wrigley Memorial and the Casino Ballroom. Both the hotel and building as a whole were named after William Wrigley, Jr.’s daughter-in-law, Helen Atwater Wrigley.

A blog post on VisitCatalinaIsland.com stated Hotel Atwater was geared toward tourists on a budget.

“The Hotel Atwater was built to attract a more budget conscience customer in contrast to the elegant Hotel St. Catherine, which was located where Descanso Beach Club is today,” the blog post stated. “It also offered a much more convenient location, a block off the water in the middle of Avalon.”

The planned upgrade will come with a heavy price, however, as the property update will coincide the closure of Mr. Ning’s, Catalina Island’s only Chinese restaurant. Mr. Ning’s owner will be retiring as a restauranteur.

Hotel Atwater is located at 120 Sumner Avenue; it is about one block away from Avalon Harbor and the Green Pleasure Pier.

Editor’s Note: The print version of this story has been updated to clarify Mr. Ning’s is closing because of its owner’s retirement.