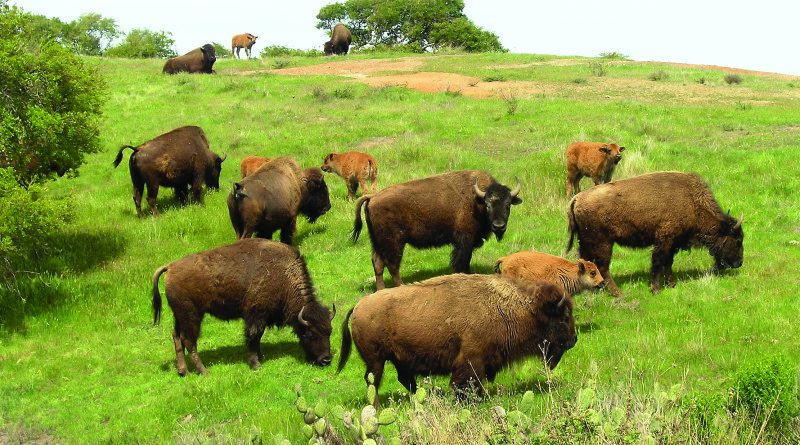 AVALON—The Catalina Island Conservancy has been working to expand the bison herd on the island.

Two pregnant female bison will arrive on the island in December and are expected to give birth in the spring. The new additions come from the Laramie Foothills Bison Conservation Herd and will integrate into Catalina Island’s free-ranging bison herd of approximately 100.

The Conversancy said the new additions will supplement the genetic diversity of the current bison herd on Catalina Island with the valuable genetics of heritage bison.

The Laramie Foothills Bison Conservation Herd is managed by Colorado State University, the City of Fort Collins, Colorado, and Larimer County. The herd was established with nine adult females and one male calf in November 2015. It has now grown to over 100 bison, which has made it possible to share bison with tribal and conservation herds across the country.

According to the Conservancy, the bison have valuable genetics from the Yellowstone

National Park Herd and, thanks to science implemented at CSU by Assistant Professor Jennifer

Barfield and her team, the animals are also disease-free.

“We look forward to watching our animals find a new home with the herd on Catalina Island, where they can contribute to the growth of a truly unique and iconic herd,” Barfield, a reproductive physiologist, said in a released statement.

Bison have freely roamed Catalina Island since 1924 when 14 bison were brought to the Island for the filming of an adaptation of a Zane Grey novel, believed to be “The Vanishing American.” The Conservancy said bison have played a significant role in the cultural heritage of Catalina Island and will be roaming the island far into the future.

“The unique opportunity to see American bison on Catalina Island brings wildlife lovers from around the world to learn about a species they might otherwise not have a chance to see roam,” said Catalina Island Conservancy President & CEO Tony Budrovich. “While here, they also learn about Catalina’s endemic species, special Mediterranean climate and importance of conservation.”

Those wishing to see bison on the island can do so through the Conservancy’s Eco Tour. The Conversancy reminds everyone that bison are wild animals and people should stay at least 125 feet away from bison at all times.