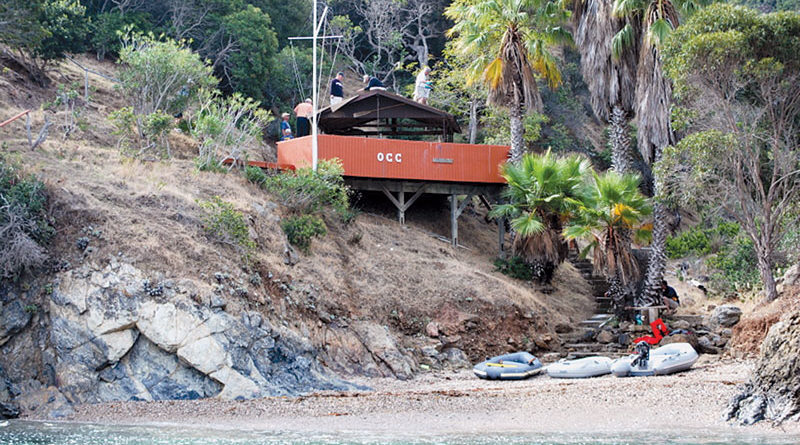 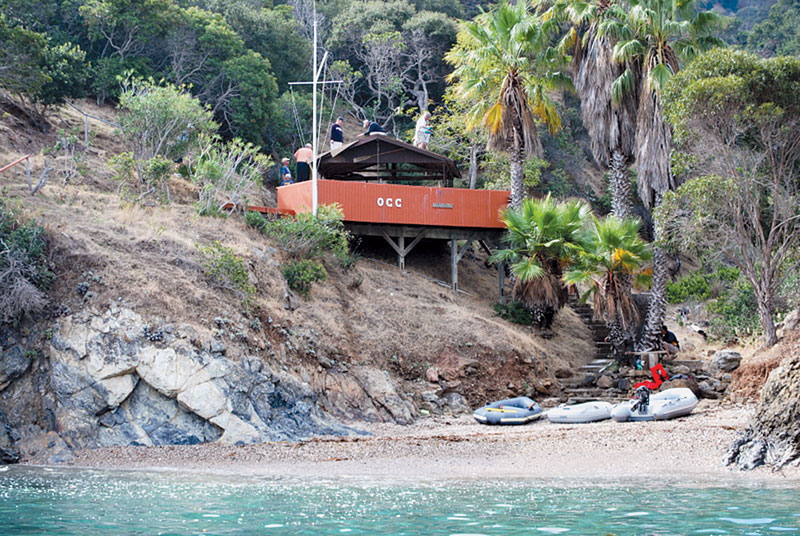 TWO HARBORS — Offshore Cruising Club, founded in 1952, is an organization that promotes cruising and rendezvous for both sailboats and powerboats at Santa Catalina Island. In 1958, the club acquired a land lease for its scenic rendezvous headquarters at Little Geiger Cove, 2 miles west of the Isthmus.

Today, the club’s rustic facilities include a teahouse and a deck with a communal barbecue area on the hill overlooking the cove. Fresh water is available.

Because of the small cove and the intimate setting of its facilities, Offshore Cruising Club’s total membership is capped at 25 boats. However, the club is currently accepting new members.

Membership committee chairman Dana Markle has been an Offshore Cruising Club member for one year. The Long Beach resident said he joined for the camaraderie among member boaters. He also enjoys the cove’s primitive and picturesque environment.

“It’s just a short dinghy ride to the Isthmus,” he said.

Those who join also appreciate the close relationships that are created among Offshore Cruising Club members. “It’s the nicest people,” Markle said. “We’re a very friendly and inclusive club, like a big extended family.”

Numerous club rendezvous are held at Little Geiger Cove, and parties are also scheduled at members’ homes on the mainland. The club meets at least once a month. For 2012, at least seven events are planned for the island and four to six will be held on the mainland.

Two open houses — one in Corona del Mar and one in Long Beach — are being scheduled for late March, to allow existing and prospective Offshore Cruising Club members to get to know one another. Markle said members come from throughout Southern California, from Marina del Rey to Corona del Mar.

Members pay about $900 in yearly dues to cover leasing costs and maintenance of the club’s island grounds and facilities. Club members’ boats should have their own head facilities, since there are no restrooms at the cove.

Boaters who are interested in finding out more about the club at an upcoming open house should call Markle at (562) 818-5762 or email delkram@gmail.com. For additional club information, visit offshorecruisingclub.com.