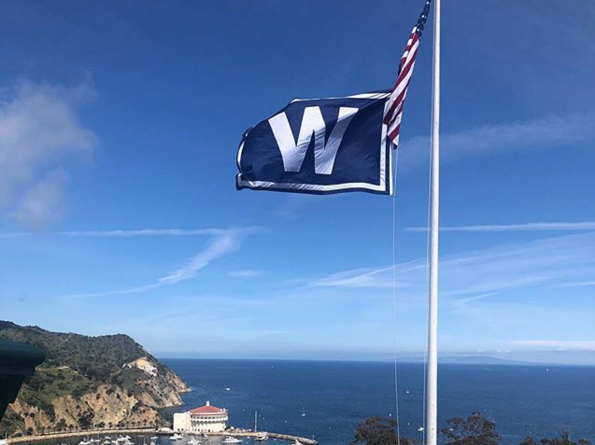 AVALON—The Chicago Cubs celebrated its first World Series win in more than a century in 2016, ending a 108-year championship drought in a hard-fought seven-gamer versus the Cleveland Indians (who now own the longest championship drought in baseball). One of the sub-cultures of Cubs baseball gained significant attention during the South Siders’ historic run: Raising The W.

Every Cubs win was followed by the raising of a rectangular blue flag with white trim and block letter ‘W’ (also white). The use of ‘W’ in sports signifies ‘win.’ But did you know this flag actually traces its roots to Catalina Island, where the Cubs, for a few decades, held its annual Spring Training seasons?

The Catalina Chamber recently shared a photo of the ‘W’ flag on its Instagram page, with a caption explaining its history and connection to the island.

The Cubs franchise held its Spring Training seasons on Catalina Island from 1920 to 1952 (although the Cubs played its preseason games on the mainland during World War II, when the island was used as a lookout station and training grounds).

Cubs’ ownership moved its Spring Training operations to Mesa, Arizona, where the South Siders still play to this day.

One thought on “Raising the Cubs’ W – for Wilmington Co.”