CATALINA ISLAND ― Inspecting a boat for stowaways before cruising to Catalina Island is more important than one might think. Onboard one’s vessel could be an uninvited passenger – a raccoon.

The most recent raccoon arrived in Two Harbors over the Fourth of July weekend, King told The Log.

Raccoons are not native to Catalina Island, so they can have a devastating impact on the fox population who have inhabited the island for more than 5,000 years. 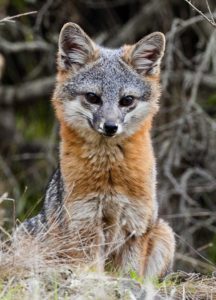 The Catalina Island fox population suffered when a raccoon was unintentionally brought to Avalon on a private boat in 1999. The raccoon was a carrier of canine distemper, and the highly contagious virus spread through the fox population on the entire east end of the island. The native island fox was close to extinction.

The fox population has since recovered due to the efforts of the Catalina Island Conservancy.

“Most of our conservation department was involved in the recovery of the fox led by Julie King. She took a population from under 100 to now [more than] 1,400,” Catalina Island Conservancy President and CEO Tony Budrovich stated.

King advised boaters to thoroughly check their vessel, including all sails where raccoons like to crawl up and sleep, to ensure the masked mammals are not aboard before heading to the island.

King also recommended boaters, who discover a raccoon aboard while crossing the channel, head back to the mainland and call a pest control company to have it removed.

“It is critically important for the health of our island and the animals that live here,” King stressed.

Call Catalina Island Conservancy if the discovery of the stowaway raccoon is realized upon arrival at the island, King urged, even if the animal jumps overboard.