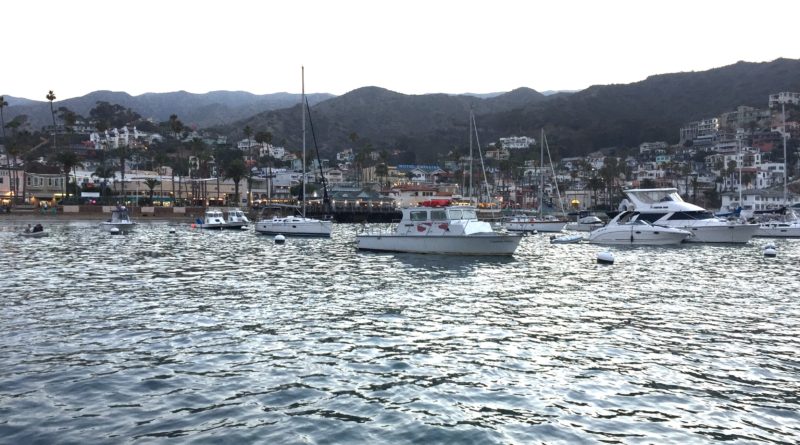 AVALON ― Many Southern California boaters venture over to Catalina Island to escape from the hustle and bustle of the mainland. Just to be out cruising or sailing in the open water is relaxing enough, especially on a beautiful sunny day typical for Southern California, but to be able to moor a vessel in Avalon and visit a quaint island is just what some people need to unwind. In fact, the name “Avalon” comes from a poem describing a place for healing.

George Shatto, who acquired Catalina Island in 1887, struggled to come up with a name for the island’s only town. Shatto apparently decided against naming the town after himself, according to a Santa Catalina Island Co. blog.

Avalon was ultimately given her name by Etta Whitney, Shatto’s sister-in-law. At the time, she was reading “Idylls of a King” by the English poet Alfred Lord Tennyson. One of the verses tells the tale of King Arthur being wounded after a battle and going to the “island-valley of Avilion,” a “deep-meadowed, happy, fair with orchard lawns…crowned with summer sea” to heal from his wounds.

“To the island-valley of Avilion; Where falls not hail, or rain, or any snow, nor ever wind blows loudly; but it lies deep-meadowed, happy, fair with orchard lawns and bowery hollows crowned with summer sea, where I will heal me of my grievous wound,” the specific passage read.

The passage inspired Whitney to recommend “Avalon,” as the island town’s name.

City leaders kept the name of Avalon when incorporated in 1913 – almost 70 years after it became a part of the United States.

Avalon Harbor has since become an oasis for boaters. With numerous moorings, boaters can go on land and enjoy a bite to eat, a drink to sip, a dive to swim with sea life, a hike along the trails and through the canyon, a bicycle to pedal around the island as well as choose among a number of charming hotels to sleep overnight before returning back to reality. Avalon can be a place buzzing with activities, but many visitors would say the city (and island) is also a place to calm the mind and heal the soul.

The names of other landmarks in Avalon also have meaning; here is a quick history lesson: