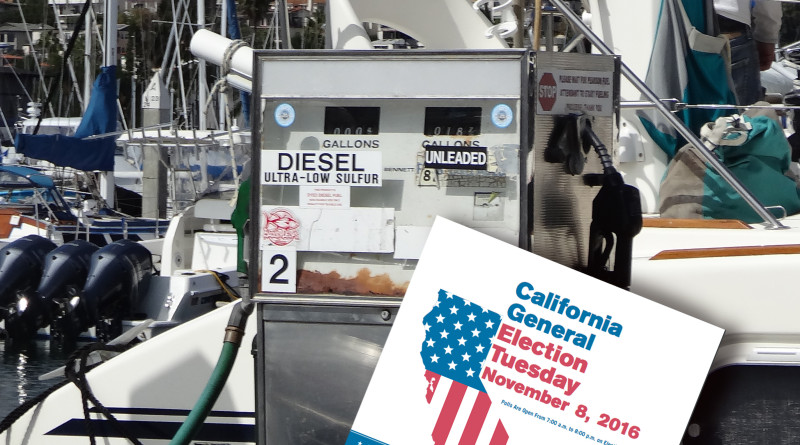 Amid the ongoing nastiness of this year’s presidential race, I’ve heard many people say they’re so disgusted they just won’t vote.

That would be a serious mistake.

Even if you don’t like the presidential options, don’t forget there’s a host of down-ballot elections, and in California, a record number of ballot measures to decide on Nov. 8.

Although this is undoubtedly the most significant presidential election in decades, the reality is, our daily lives are impacted far more by decisions made by state and local legislators than federal. Yet, as someone who worked on campaigns — on both coasts for many years, I can attest it’s extremely difficult to persuade voters to focus and show up to vote in local and state elections.

I often hear “my vote doesn’t count.” Your vote does count; the first election I worked as an adult was won on a recount by one vote. I also hear, “Special Interests control everything.” Think a moment; we all represent “special interests,” whether we own or rent homes, drive cars, need lower-cost healthcare, use alcohol or marijuana, have children in schools — or own boats.

Election season, with its variety of candidate forums, meet-and-greets, debates and even shopping center exchanges, provides excellent opportunities to meet our current or potential representatives. Best of all, we can talk to them, educate and influence them about issues that matter to us, including boating. I learned this firsthand.

As a Chesapeake Bay Yacht Clubs Association volunteer lobbyist, I quickly discovered few state or federal elected officials had any understanding of boating issues, or, more to the point, recognized their constituents cared about these issues.

In the Virginia legislature, boating advocates long tried to get a special boating fee allocated to boating safety programs, just as aviation and other specialized fees were appropriated to affiliated programs. For 10 years, the state Senate Finance Committee chairman had blocked such legislation. When I became legislative director, I contacted several yacht clubs in his district, encouraging members to call their state senator and voice how important the bill was to them. Once the chairman heard from his constituents he changed his position, resulting in $1 million in new funding for boating safety programs. Previously he never knew his constituents cared.

Educating legislators can often make all the difference in whether a bill passes or fails, just as informed discussions with elected officials and their staffs also can shape the final product. That’s why, when you read about pending legislation or rule-making from a regulatory agency affecting the boating industry, it’s important to mobilize fellow boaters and take action.

Sometimes, when confronted with powerful forces such as the agriculture lobby, boaters, even when reinforced with advocates from other industries, can’t win, as happened with opposition to the mandated ethanol gas additive — a dangerous fuel for boats.

Among its many adverse affects, ethanol damages engines and dissolves fiberglass. Arv, my husband, and I were directly impacted — it cost us $20,000 to replace the built-in fiberglass fuel tanks in our gas-powered Hatteras — and fellow boaters suffered catastrophic damage to their engines and outboards as well. Renewed efforts to overturn the ethanol mandate are encouraging.

Boaters need to remain vigilant. Get to know your elected officials, whether state, local or federal, and become the knowledgeable “go-to” local boating resource, ready to provide sound guidance on boating issues.

Good government depends on an informed electorate. Educate yourself, get involved and let your elected officials know you care about boating issues — and be sure to vote!

One thought on “Be a boating advocate this election year”