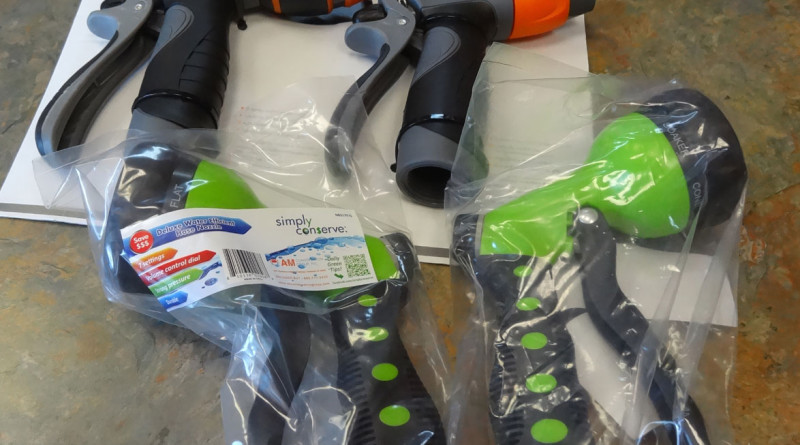 As Catalina struggles with stringent water-use restrictions, the picture near Two Harbors at Howland’s Landing, home to the Los Angeles Yacht Club’s private moorings and beach, is grim. Because they missed its required 30 percent water reduction, Los Angeles YC directed boaters to use their imported, onboard water for showers and heads whenever possible. The club snuffed outdoor showers, banned rinsing dishes in sinks and permits hose use only for emergencies.

In comparison, San Diego city-located  marinas, falling under the city’s mandated 16 percent conservation goal, are ramping up conservation efforts, encouraging tenants and vendors to save water, be vigilant about leaks and help educate fellow boaters from outside the region who may not grasp the drought’s seriousness. Boat owners and yacht crews have voluntarily scaled back boat washing frequency.

To reduce water consumption, marinas including Sun Harbor, are pulling out thirsty flowers, bushes and grass and replacing them with drought-tolerant plants and hardscaping, while others, such as Sunroad and Driscoll’s, have used planned remodels to replace plumbing fixtures with lower-flow models. Many use sea water to wash docks.

“It’s nothing new. [Conservation] was a topic [more than] 10 years ago. It’s a matter of being diligent,” she said, explaining that marinas, like apartments, use master rather than individual water meters.

With the drought in its fourth year and California under the governor’s mandate to reduce water usage by 25 percent, marina managers are stepping up efforts to conserve water by publishing advisories in tenant newsletters and posting signs in heads and on gates reminding everyone to report leaky faucets, shorten showers, limit boat washing and restrict water use.

“We keep reminding them how water is wasted, like leaving water running while brushing your teeth,” she said. She also provides practical tips for homes, including use of rain barrels.

In her August newsletter OBrien reported that the captain of marina tenant San Diego Coastkeeper uses only one gallon of water to wash the organization’s boat. OBrien urges tenants to keep a close watch for leaks from the marina’s 123 faucets and encourages boat owners to adopt low-flow plumbing fixtures.

“People think you can’t use super-low-flow showerheads and faucets, but now they’re good – and cheap,” she said. She tried a showerhead herself and was sold on its effectiveness before installing them at the marina.

Both OBrien and Jimi Laughery, assistant marina manager of National City’s Pier 32, keep a stock of hose nozzles to give to anyone seen using a free-flowing hose.

“We’ve handed them out from day one,” explained Laughery, who said the marina also limits water pressure. Pier 32, opened in 2008, was designed with a drought-tolerant landscape.

Marina managers report most professional boat washers are careful about water use, understanding they could be barred from working at a marina if found wasting water.

John Rue, dockmaster of Mission Bay’s Seaforth Marina, sees their tenants as their best weapon against water waste and explained that uninformed people from out-of-town and guests are their greatest challenge. Their tenants help educate the unaware about the urgency of the drought.

“Our tenants are very vigilant about reporting leaks and leaky faucets. They’re making the biggest difference. The more people we have participate the more they feel responsible,” Rue said.