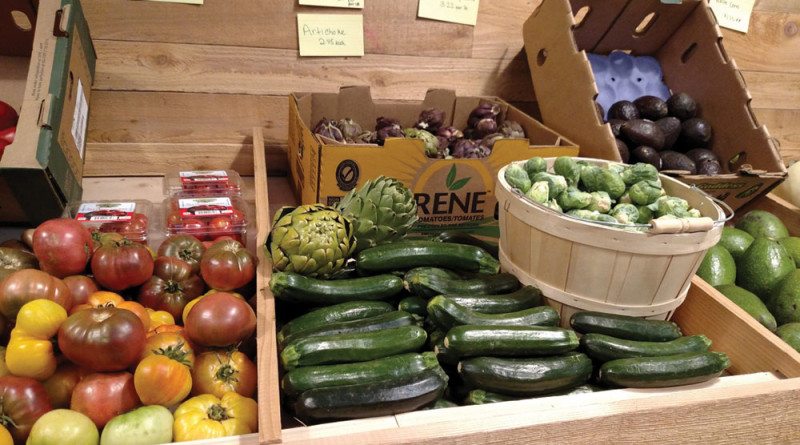 If you’re anything like my foodie friends and me, you’ve been eagerly awaiting the launch of Liberty Public Market, the much-anticipated public market that’s finally opened at Liberty Station, adjacent to Stone Brewing. It’s open daily from 11 a.m.-7 p.m.

By press time, with the arrival of Baker & Olive, an olive oil and condiment shop, 26 of the planned 28 vendors, mostly eateries, will have opened. The final two will debut in about six weeks, according to General Manager Josh Zanow. There’s potential for an additional four stalls.

Yet the last effort closed after 18 months in 2014. Spearheaded by farmers market maven Catt White and visionary entrepreneur Dale Steele who developed a public market in an old Barrio Logan factory, it fell victim to its difficult location, questionable parking and inadequate funding. White and Steele’s San Diego Public Market, partially funded by a Kickstarter campaign (to which I contributed), demonstrated the pent-up demand for a public market, but in a location more approachable for San Diegans and tourists alike.

After extensive planning and construction and permitting delays, Liberty Public Market finally had its soft opening in mid-March.

Zanow, a restaurant business veteran, described it as “the hardest soft opening I’ve ever experienced,” because of its immediate enormous crowds. And the crowds keep coming.

“It’s been a fun project to be part of,” especially being able to hand-pick the vendors to create the market, Zanow said. He, Spatafore and others on the team visited farmers markets throughout the region and sampled the best food trucks to select their market offerings. They invited individual artisans to have stalls in the market, taking care to choose only one in each category.

“We set it up so the spaces didn’t compete with each other, so there’s synergy among the artisans,” each of whom was given a one-year lease, Zanow explained.

Enjoy assembling a meal or shopping for goodies to take back to your boat. And join me in rejoicing San Diego finally has its own public market.