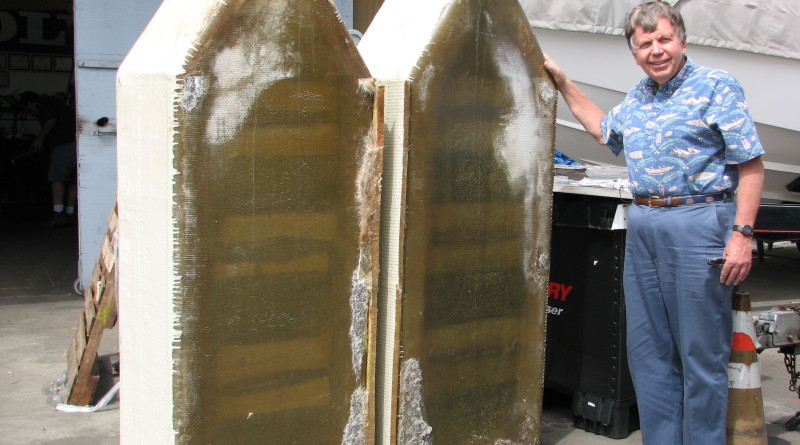 When the Renewable Fuel Standard (RFS) introduced a mandated 10 percent ethanol addition to gasoline (E10), Arv and I knew we – and our boat – were in trouble. We had owned our beloved 1979 classic Hatteras motoryacht for years, having shipped it cross-country to San Diego when we moved west.

We’ve heard the warnings and lobbied against the mandate, but the Midwestern corn lobby, with its generous campaign contributions to elected officials, is near impossible to beat. The ethanol requirement went into effect about 2005.

As we contemplated on what to do, we read numerous reports in the boating press about boat explosions and fires linked to ethanol.

We were stuck. Our Hatteras’ tanks were half-full of pure gasoline, but we couldn’t buy more. Without fuel, we couldn’t operate our boat; we didn’t want to see her atrophy into a dock queen. Although the Pacifier was in mint condition for her age, we couldn’t sell her.

As she sat in her slip, we gathered more information over the next year. Hatteras eventually issued a letter to owners warning us not to operate our boats with currently available gasoline without replacing the fuel tanks.

What began as a premium feature, preventing rusting metal tanks, evolved into a liability.

Our choices devolved to scrapping the boat, which we both opposed, letting her rot at the dock with decomposing fuel or replacing her fuel tanks plus any engine and generator fittings, hoses, filters and gaskets vulnerable to ethanol degradation.

Even though we were already considering buying a diesel-powered boat, after much angst we chose to replace the fiberglass tanks with custom-made aluminum tanks, along with essential engine and generator accessory parts. Because the tanks were built into wooden cabinetry under our master stateroom bunks, the job required extensive skilled carpentry.

We understood replacement would be expensive, but not quite how costly. Our bill at the boatyard was about $20,000, with another $5,000 for additional parts and materials for Arv to complete the work.

Why is this old history relevant now?

With pending requirements to increase the ethanol mix to 15 percent (E15), we’re confronting the same problems: changing out vulnerable engines and components to tolerate the higher alcohol content of E15. Engine and boat builders redesigned their products to accommodate E10, but not E15.

While our current diesel-powered boat is not affected, our lightly-used dinghy outboard, built to E10 standards, will likely have to be replaced or rebuilt at unknown cost, just to satisfy the corn lobby’s greed.

Where does this end?

In an era of dire famines and worldwide food shortages, we’re burning costly, essential food as fuel when non-food biofuel alternatives are available. Use of corn for ethanol has driven up prices for animal feeds and for corn-based food staples throughout the U.S., Mexico and Central America. Prohibitively high corn prices are often cited as contributing factors in the flow of immigrants across the U.S. border as desperate people can no longer feed their families

It’s past time to return common sense to fuel production.

12 thoughts on “Ethanol in marine fuel: a cautionary tale”