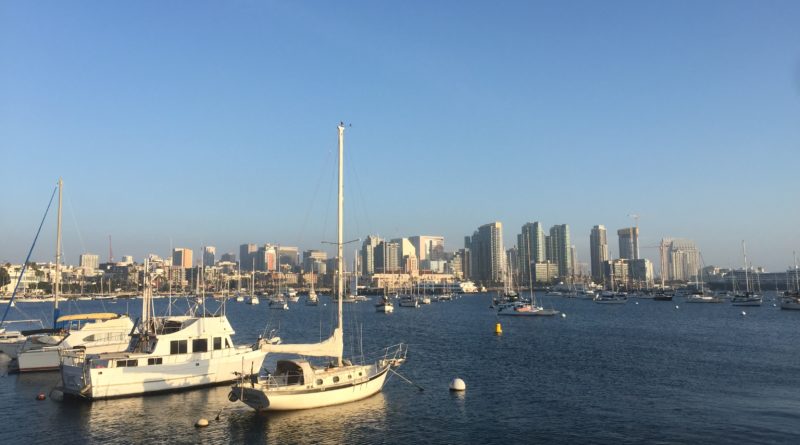 SAN DIEGO—In the previous issue of The Log, managing editor Parimal Rohit noted in his Standing Watch column the lack of an advocacy organization for SoCal boaters.

Organizations such as the National Marine Manufacturers Association (NMMA), BoatUS and Recreational Boaters of California do a good job advocating for their particular boating industry niche, but no existing organization focuses on regular boaters’ interests.

That doesn’t mean that you, my fellow boaters, can’t have an impact on shaping the outcome of current proposals. Perennial issues include imposition of greater ethanol additive requirements in fuel, with potential damage to engines; reconfiguration of marinas, including elimination of smaller slips; and redevelopment of harbors with reduction of space allocated to smaller boats and essential services.

When I worked in Washington, D.C. for legislative advocacy on wide-ranging issues, including recreational boating, pending before Congress, state legislatures, city councils and county boards, I frequently heard from citizens that their views didn’t count – that only “the big guys” mattered.

Not true! Working in grassroots advocacy, I learned it took only five letters sent to a U.S. representative and eight to a U.S. senator to catch their attention and potentially change their views.

I don’t mean the hoard of requests numerous advocacy organizations distribute urging you to send an email or sign a petition in support of their particular cause. Those are merely counted, if they’re even noted, just as, formerly, pre-printed postcards were weighed, not read.

But an individually written letter, clearly stating the writer’s perspective, demonstrating knowledge of an issue and explaining why the legislator should support, oppose or modify a given piece of legislation really does make a difference.

That’s true also of a well-informed phone call to the legislator’s office, ideally placed to the staff member who handles the particular subject, showing grasp and sincerity about the issue.

It’s important, too, to become acquainted with your legislators, many of whom hold periodic town hall meetings with issues briefings and Q&A sessions. They dispatch staff to local town councils and other local meetings: Attend them and get to know their staff.

I’ve long felt that most legislators and their employees, unless they themselves are boaters, have little or no understanding of boating issues. Many regard boating as the indulgent hobby of rich white men, not the passion of the multi-ethnic working class who pour their limited discretionary income into their boats and/or fishing gear.

Some legislators don’t understand the economic impact of boating or the number of good jobs the industry supports. That makes it easy – as happened some years ago – for San Diego Port District commissioners to propose tourist-oriented redevelopment of Shelter Island, eliminating critical space for boatyards and marine services. Or the misguided 10 percent luxury tax on yachts sales the Congress enacted in 1990 that resulted in little tax collection increase, but caused the loss of 30,000 solid middle-class marine industry jobs nationwide.

We can educate these officials about the economic impact of boating. NMMA posts economic information on their website at nmma.org/statistics, including jobs numbers, for each state and congressional district.

Once you know your legislators you can help shape their views on often well-intended but misguided proposals with potentially negative impact on boating. When you send your personally written letter or email or make a phone call to your legislator will know it’s from a knowledgeable constituent.

Whatever your form of contact, always, always be polite. A former senator once vented to me about the threats he regularly received over legislation. Think that changed his views? Hardly.

Become an advocate for boating – and persuade your dockmates to help. It’s easy and immensely gratifying.