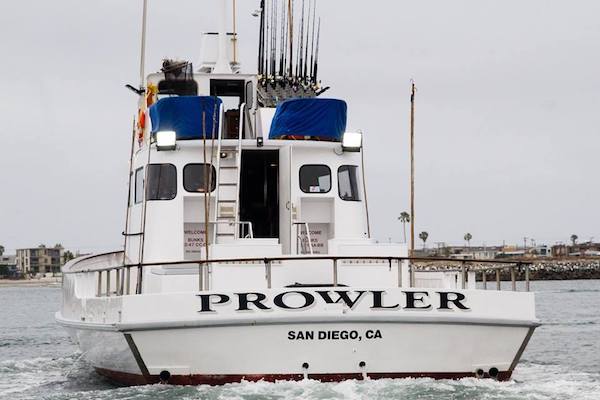 SAN DIEGO — Despite much speculation, no one yet knows what really happened when Dennis Washington’s 328-foot megayacht Attessa IV collided with the 65-foot wooden charter fishing vessel Prowler the night of Friday, Oct. 26, about 9 miles off the coast of Imperial Beach near the international border.

One passenger died and several others were injured when Attessa IV’s bow struck Prowler midships, caving in the sportfisher’s starboard side and demolishing its flybridge. For clarity we’ll have to await results of the U.S. Coast Guard investigation, now underway. Typically such investigations take six months to a year or longer.

One thing everyone seems to agree on is the collision never should have happened, especially in this era of sophisticated marine electronics. I understand both vessels had radar, although only Attessa IV had AIS.

As one seasoned captain told me, “there’s zero reason why either boat should be anywhere close to a collision in open water.”

The recurrent question in discussions is why didn’t the two vessels see each other, whether on radar or visually. Attessa IV’s steel hull should show up as a massive target on radar. Both vessels are known to run well lit, though there are conflicting reports about the presence or density of fog. Prowler was returning to San Diego from an overnight fishing trip and was scheduled to depart again within a few hours.

After the September, 2016, sinking of the sportfisher Invicta, following a run onto the rocks of South Coronado Island, the USCG investigation report cited “the intoxication of the mate on watch, fatigue and the failure to have a posted lookout and roving patrolman.”

It’s hard to escape the view that key people on these bridges weren’t paying attention and lacked situational awareness. That’s often the root cause of many maritime accidents, whether recreational, commercial or naval.

In reports following fatal 2017 collisions between both the USS McCain and the USS Fitzgerald and commercial vessels in highly-trafficked sea lanes off the coast of Japan and in the Straits of Malacca, U.S. Navy investigators cited, among under factors, lack of situational awareness, negligent communications by the bridge watch and failure to follow procedures designed to prevent accidents at sea. Investigators also noted crew fatigue as a likely contributor to the collisions.

What lessons do these accident offer recreational boaters and fishermen?

Situational awareness is critical. Always be aware of any other vessels or hazards around you and give them a wide berth. Remember the phrase “steady bearing, closing range” – if you see that you’re on a collision course with another vessel, adjust your course, whether you’re the give-way or stand-by vessel. Change your bearing significantly, make a U-turn or come to a dead stop to prevent a collision. Don’t stand on your “rights” – it’s always better to give way than collide, even if you have the right-of-way.

If you’ve changed course and/or slowed down and still seem headed for a collision, get on the radio and call the other vessel, even if you don’t know its name. Call out to “unknown vessel” and specify the heading or location. Blow your horn – five shorts in an emergency – or use your whistle. And if you’re in fog, always be sure to sound your fog signals.

Again, always check the weather before setting out on a cruise and monitor it closely. The captain’s failure to respond to severe weather and heed warnings of forecast high winds and lightning was cited, among many other factors, in the sinking of a duck boat in Branson, Missouri in July 2018, killing 17 passengers.

If the weather seems questionable or you’re exhausted, don’t risk taking your boat out. Even if you’re on a set schedule, isn’t it better to arrive late, yet alive and with an undamaged vessel?

2 thoughts on “The perils of inattention and exhaustion”