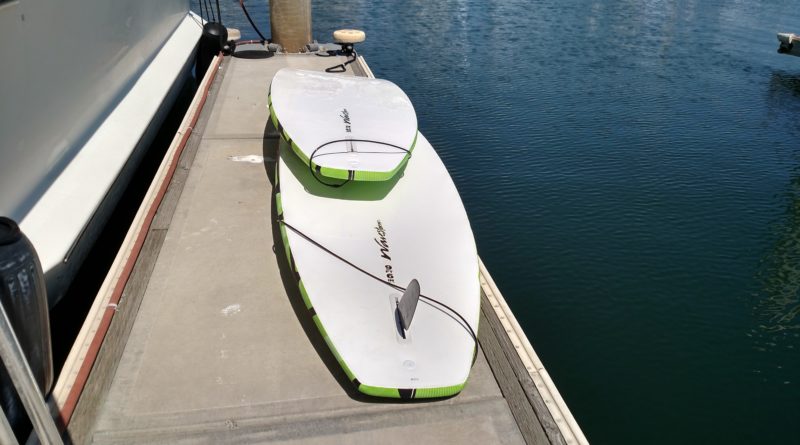 SAN DIEGO — Have you noticed the similarities between marinas and apartment houses: the constantly changing cast of characters, occasional high drama and emotional interpersonal disputes, complaints about management and inevitable parking issues?

There’s one noteworthy contrast. While most people are accustomed to occasional conflicts with neighbors or building management on their home turf, people who keep boats at marinas expect life to be a constant holiday. And when someone or something disrupts that expectation of relaxing pleasure, matters can deteriorate rapidly, especially when excessive alcohol is involved.

Arv and I have experienced several unpleasant encounters. At our Chesapeake Bay marina, another tenant temporarily moved into our friendly neighbor’s slip while the neighbor awaited a new boat’s delivery. One night when we arrived we found a line stretched across our dock at shin level, creating a trip hazard and impeding access to our boat. I moved it to a safer location; he restored it. I moved it again. He yelled and threatened to shoot me if I touched it again – which I did for safety.

Winter intervened before the situation worsened, but I began hating to go to the boat. I knew I needed to change the dynamic, but how? I decided to try “killing him with kindness.” The next time I saw him I gave him my warmest smile and treated him like my dearest friend. He didn’t know how to react, confusing and rattling him. But he never troubled me again.

Noisy neighbors are a more common problem. Fortunately most of our occasionally noisy slip mates quickly lower the volume the rare times we ask. But sometimes it’s a touchier issue of exceptionally noisy kids whom permissive parents ignore.

We had a situation at one marina – again, a short-term tenant – involving boat owners who invited friends to bring passels of kids. They turned the kids loose with water toys on the marina fairways as the adults imbibed, laughing uproariously as screaming kids impeded boats’ passage to and from their slips. Both parents and kids ignored the danger. I drowned the noise with music, but resolved to chat with our neighbors about the kids’ unknowing recklessness – but they changed marinas first.

Sometimes troublemakers stir up needless animosity. One nearby dock mate got cross-wise with marina management – never a good idea! – when he didn’t get what he wanted. Rather than accept the dockmaster’s offer of another slip or just move to another marina, he lobbied everyone on the dock to take his side, complain to the dockmaster’s boss and threaten to leave if the dockmaster didn’t comply with his demands. Instead, he succeeded only in riling his neighbors against him and not persuading anyone to depart.

Marina management handled the situation well, calming other tenants before suggesting he move to another marina. Word later spread that boater had been evicted from several marinas.

What should you do if you find yourself in an unpleasant situation?

Get to know your neighbors and try to defuse the tension or resolve the matter on your own. Try to look at the dispute from the other person’s perspective. Does your dock mate have a valid beef? Are you intruding on your neighbor’s peace and quiet? Or littering your shared dock, leaving your clutter on the pier?

Assume marina staff doesn’t want to be pulled into personal disputes. Reality is that with current near-full marina occupancy it’s often difficult to move to another slip. But management may offer to exchange slips as a last resort before inviting one of the feuding parties to leave.

Good communication prevents many problems. Above all, be nice – and polite.

3 thoughts on “When things go wrong at the marina”