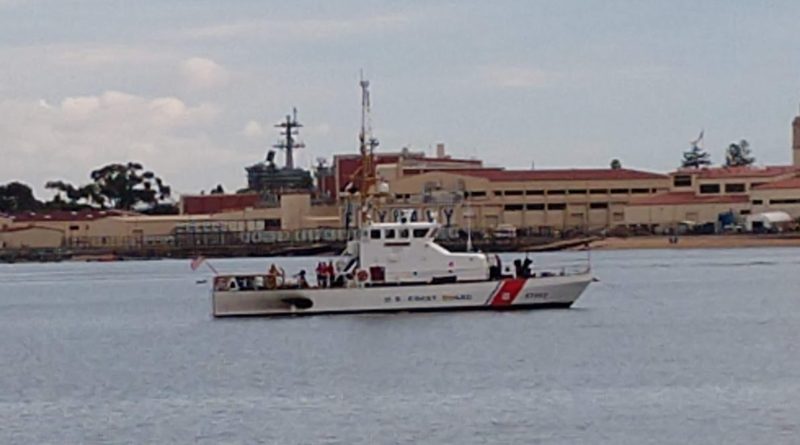 SAN DIEGO—The partial federal government shutdown is over – for now – with resumption possible if no agreement emerges acceptable to a border wall-fixated novice president with little grasp of or interest in the legislative and appropriations process. Unfortunately other looming funding battles could produce further moronic closures.

During the shutdown I frequently noted a Coast Guard vessel tied to a mooring buoy in San Diego Bay. I found myself getting angrier each time I saw it, thinking what that vessel represented: the Coast Guard’s inability to carry out its full mission, whether through lack of budget authority, personnel or funding for fuel.

Coast Guard vessels and aircraft idled in port, venturing out only on critical missions, conducting high-priority search and rescue and port security operations, but no routine or oversight activities. But those deemed “essential personnel” had to work without pay for 35 days, not knowing when they’d be paid, forcing uniformed and civilian personnel to rely on food banks and the community’s generosity to feed their families.

How many highly skilled and trained Coast Guard personnel, along with other federal workers and contractors, will opt to leave government service because of new employment instability and their use as political pawns?

While we hear most often of high-profile S&R and drug interdiction operations the Coast Guard conducts, recreational boaters benefit from the Coast Guard’s presence in so many less-noticed ways.

It’s the Coast Guard that oversees maritime radio communications and places and maintains aids to navigation, marking channels and obstructions with buoys and other markers and repositions displaced or damaged navigational aids. If you can navigate safely, avoiding shoals or grounding then thank the Coast Guard and its buoy tenders for maintaining those markers and its radio operators for fielding your emergency calls for help.

If you’re concerned about the skills of professional captains taking paying guests out on charters or cruises, it’s the Coast Guard that specifies the required training, oversees their education and licenses personnel. The Coast Guard also inspects large commercial ships and smaller cruise and charter vessels, ensuring they meet federally designated safety standards.

It’s the Coast Guard that handles environmental reporting and pollution cleanup whenever there’s an oil or fuel spill, whether a small spill from a recreational vessel or a massive spill from a commercial ship, keeping our waterways clean for animal habitation and human use. The Coast Guard also enforces the domestic fisheries laws.

And those drab, low profile go-fast boats you see speeding through the bays and along the coast? They’re part of the Coast Guard’s critical ports, waterways and coastal security team, protecting our ports from bad guys and worse acts.

Thinking of the committed Coast Guard and other critical government staff working unpaid during the shutdown I grew outraged when I read a “senior Trump administration official’s” screed in The Daily Caller.  He asserted the shutdown “is an opportunity to strip wasteful government agencies for good,” and “we do not want most employees to return, because we are working better without them.”

Do we need the Coast Guard?

We boaters understand its vital functions and generally support paying for its services with our tax dollars. But often people who aren’t exposed to an agency’s activities might urge its elimination.

It’s up to us to provide advocacy for the Coast Guard and other essential government agencies. Talk to your friends – and even more important, call the White House, your senators and representative.