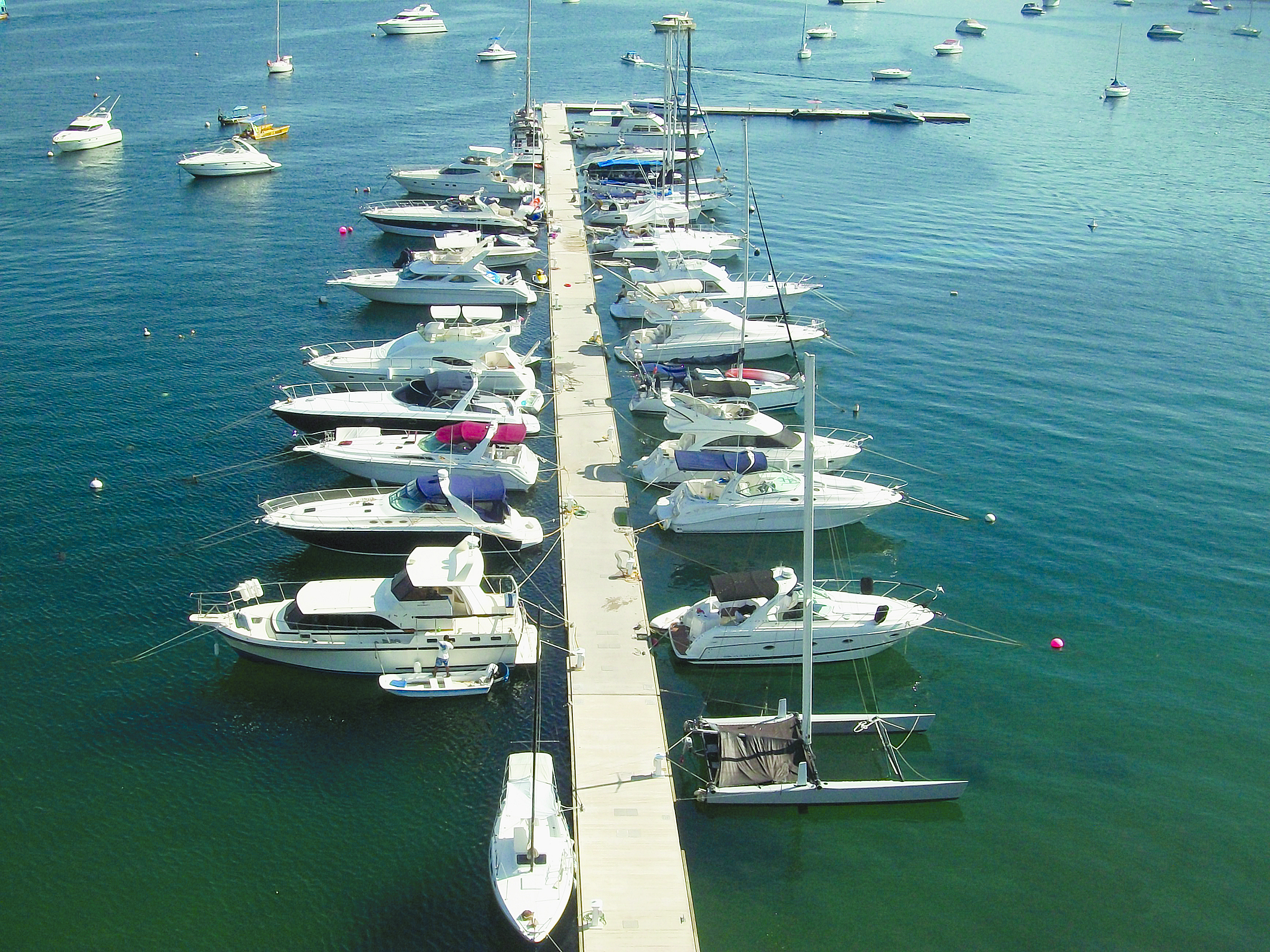 An old network of storm-damaged docks and pilings was removed so the new docks of La Marina Acapulco could be built in the same location. Look for them below the 300-foot lighthouse in the southwest corner of Acapulco Bay, immediately north of Acapulco Yacht Club.

According to Luis Ramirez Magdalena, general manager of La Marina Acapulco, the new floating docks will soon be expanded, as part of the first phase of renovation of the large waterfront resort property.

JAR Infrastructure Marinas is the new owner and operator of La Marina Acapulco. The company may be better known to Mexico-cruising boaters as the firm that renovated the docks at Marina Ixtapa and got its much-used fuel dock operational again.

Marina memberships are being sold as a private club, but visiting boaters do not need to become members to rent a Med-mooring slot or mooring by the day or week.

Slots for boats up to 110 feet in length are available now, and larger slips will be built soon. Moorings around the docks are also operated by La Marina Acapulco.

One of the handiest features is a private driveway off busy Costera Miguel Aleman, giving access down to the head of the docks. This allows boaters to bring in big loads of provisions by taxi or rental car.

In a new building above the marina docks, five apartments may be rented by marina tenants or, if available, by visiting marina guests.

For details and online reservations, visit lamarinaacapulco.com or call Luis Ramirez Magdalena at (744) 483-6143.