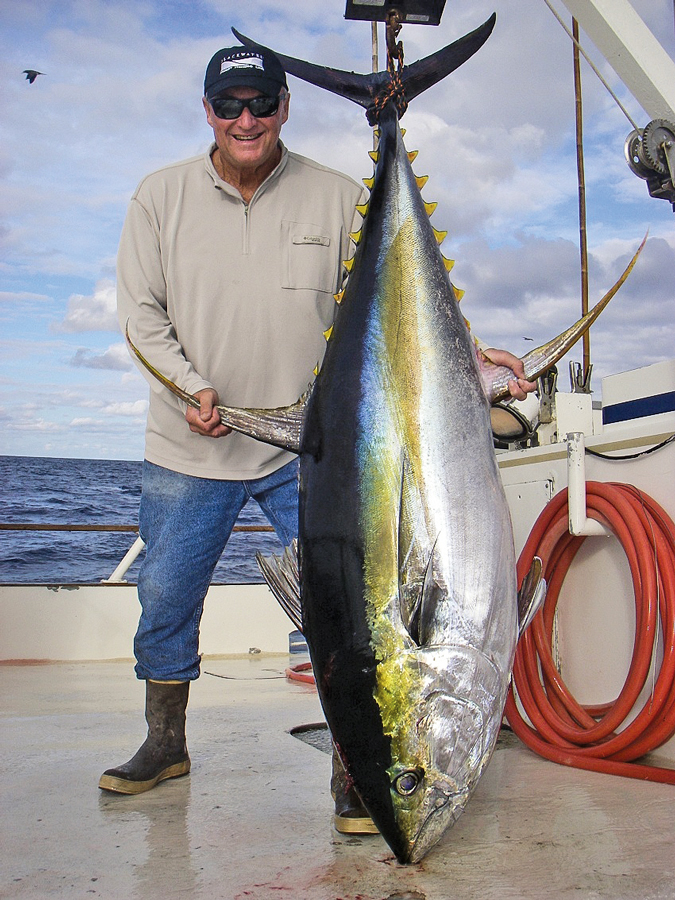 Anglers should continue to note that the annual two-month rockfish/groundfish closure went into effect in California/United States waters on Jan. 1. The good news is that the sculpin closure ended on Jan. 1. The fishing for rockfish does remain open in Mexican waters while the two-month closure period is in effect on the California/United States side of the Mexican border.

Capt. Joe Cacciola of Sea Star with Sea Star Sportfishing recently reported he saw some small schools of yellowtail with the scanning sonar while fishing off Box Canyon but said they could not get those fish to respond and bite. He ended up finding some larger schools of yellowtail while fishing about 1.5 miles below Box Canyon and eventually got some bites from those yellows.

Private boater Tom Golding of Last Buck was recently headed out to the Tanner Bank to fish for bluefin when he encountered a mechanical problem at 3:00 a.m. while they were 62 miles outside of Long Beach. The mechanical issue forced him to turn around and head back home.

Private boater Harry Okuda of Alfresco III fished Punta Colnett on a recent 1.5-day trip aboard Pacific Queen out of Fisherman’s Landing and reported about the trip. Their fish count was 31 anglers catching 83 yellowtail, 126 rockfish and 76 lingcod. Okuda said there were a lot of quality sized fish in their catch and that the big lingcod of the trip was up around 25 pounds and that the jackpot winning fish for the trip was a yellowtail that weighed in at 33 pounds.

The 2015 fishing season is off to a fast start and is producing winter time action on species that one might expect to be catching during the summer months. Keep on fishing and I hope to see you out on the water!

Bob Vanian is the voice, writer and researcher of the San Diego-based internet fish report service called 976-Bite which can be found at 976bite.com. Vanian also provides anglers with a personal fish report service over the telephone at (619) 226-8218. He always welcomes your fish reports at that same phone number or at bob976bite@aol.com.