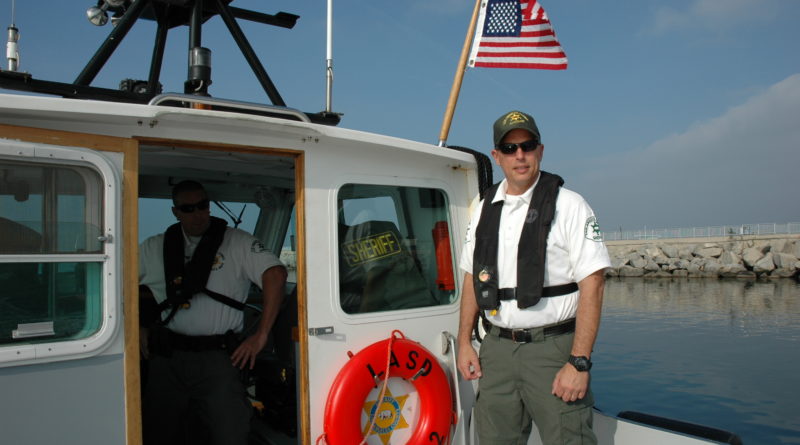 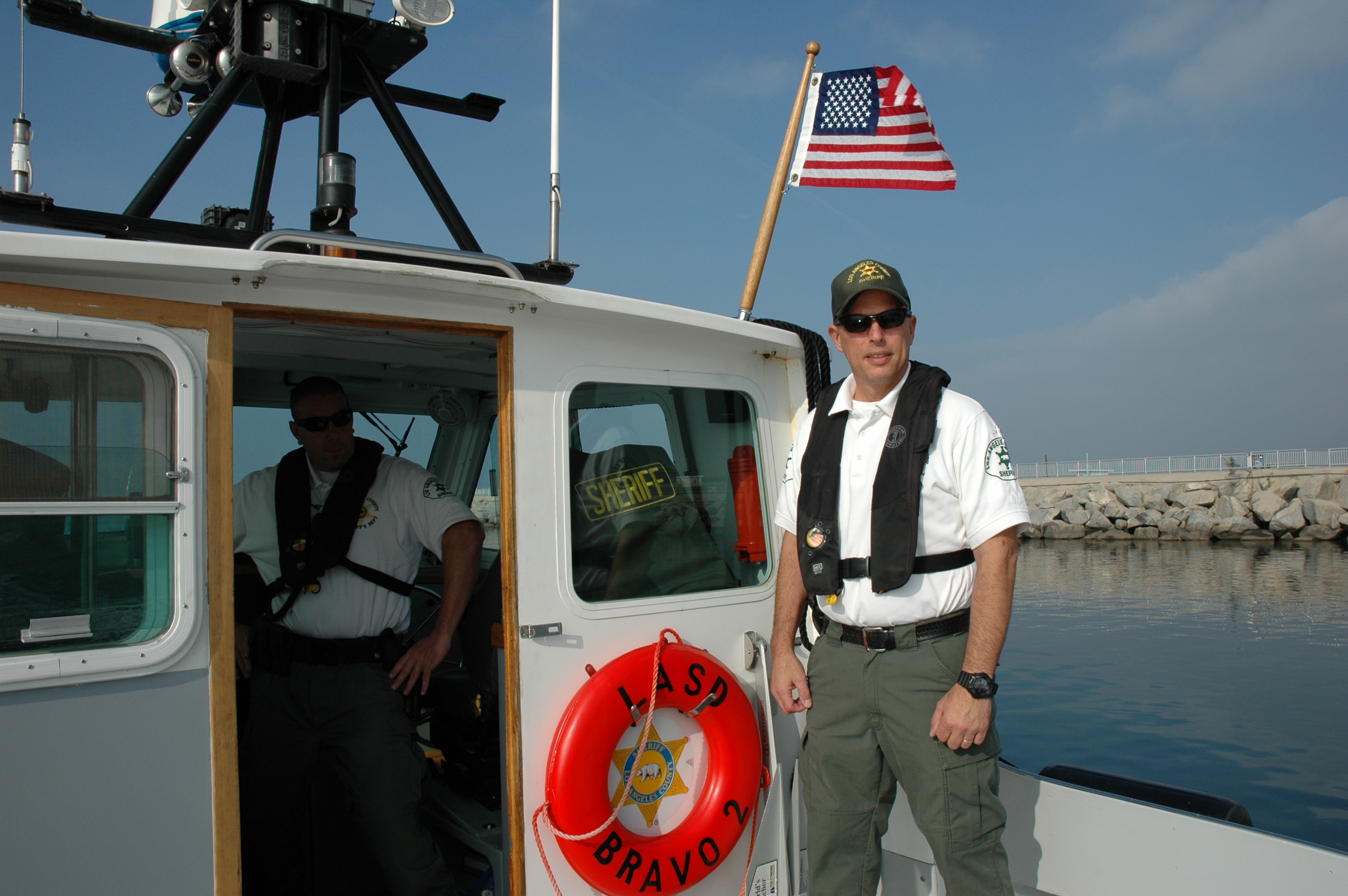 Deputy Bryan White has been serving the largest small craft harbor in the world, second to Dubail, for the last eight years. He’s in charge of just about everything to do with the Los Angeles County Sheriff’s Marina del Rey Marine Operations Station and the harbor waters where more than 4,500 live boats reside, six to eight percent of which are live aboard.

The Log: What does your job entail?
Deputy White: I handle boat impounds, Abandoned Watercraft Abatement Funding (AWAF). and Voluntary Turn In Program (VTIP) grants, all the citations that are written, equipment and diving operations. Plus, we’re all EMT’s; it’s part of my job to oversee the continuing education of our EMTs. That’s my job in a nutshell.

Not only do we do administrative duties but we serve in patrol. I work at least once a week on the patrol boat. We’re the same as a radio car on the landside; we get calls for service just like they do. We enforce Los Angeles County codes of the marina such as slow/no wake, safety; we look for kids that aren’t wearing life jackets.

What makes your position unique?

When I started out my sergeant told me you can promote and try to rise in ranks within administration, or you can specialize and you won’t ever see more than two stripes on your shoulder but you’ll be unique in what you know how to do.

My specialization is “boat operator,” but within that I’m an EMT, a diver and a firefighter. Our vessel is considered a waterborne ambulance; we carry all the equipment for EMT.

The marine world is its own world; it has its own language. As a law enforcement officer you come into this environment and you have to learn a new language, even our phonetic alphabet is different. You go from the sheriff’s radio to the marine radio and have to change from “Adam, Boy, Charlie” to “Alpha, Bravo, Charlie.”

What kind of training must a harbor patrol officer undergo?
Each boat operator goes through a training manual, based on the U.S. Coast Guard training manual, which takes six months. Then there are courses under Cal Boating like marine firefighting, boating collision investigation, an 80 hour boat operation curriculum. The majority of our boat operators are all rescue divers. To be a diver with the L.A. County Sheriff’s Department you have to have your open water rescue and advanced certification plus another 150 hours in the water.

I’m a dive master and a dive supervisor for our team. I’ve done airplanes, cars and body recoveries. My partner and I did an airplane recovery by Angel’s gate a few years ago after two planes collided. My partner and I were the first to go down on the plane and conduct a search before it was rigged and raised for investigation.

What’s the difference between fighting fire on land and water?
What I took away from marine fire fighter training is that a vessel that has gasoline in the bilge is a floating bomb. On land you can keep pouring water on things but on a boat too much water will sink it. You can’t pull a burning house away from other houses but we can pull a vessel away from others with a grapnel hook. Once a vessel goes up in flames, fire can move really quickly along the dock, so you want to contain the fire by isolating it from the rest.

For our marine firefighter course we do everything from responding, deployment of foam, water, use of monitors, hoses and hose line training.

Have you ever put a fire out in the harbor?
Several. Probably the biggest one was seven years ago – two fully engulfed yachts, aflame over at Del Rey Yacht club. If there’s one boat we can grab it with a grapple and try to pull it away but when there’s more than one you just kind of have to keep the other boats from lighting up. Each of the docks at Marina del Rey is equipped with fire hoses. We used those to keep the fire from spreading from the boats on fire to the boats that weren’t.

Have you ever had to use your EMT skills?
Several years ago, a past commodore of the Santa Monica Wind Jammers had a heart attack during a regatta. My partner and I responded. I got on his boat with an AED (automated external defibrillator) and shocked him twice. At that point he didn’t come to but we were able to get a pulse. We kept him on the sailboat and our patrol boat followed us in.

Is there anything else you do?
I teach classes at the Maritime Law Enforcement Training Center, and the Marine Federal Law Enforcement training center at the Port of Los Angeles. We teach a maritime law enforcement course, which is a two weeks intensive class for navigation, operation, towing, trailering, swimming and water survival skills.

What’s the funniest thing to happen to you on the water?
I handled a call once where there was 30 pound sea lion  on deck of a family’s rental boat. I pushed him off with a boat hook and they ran to the front, then the sea lion swam around and jumped up on the front. I’d push him off and the family would run to that back – and sure enough the sea lion would swim around and jump back on the aft. It went on like that for a while, it’s like the sea lion was taking this family hostage on their rental boat.