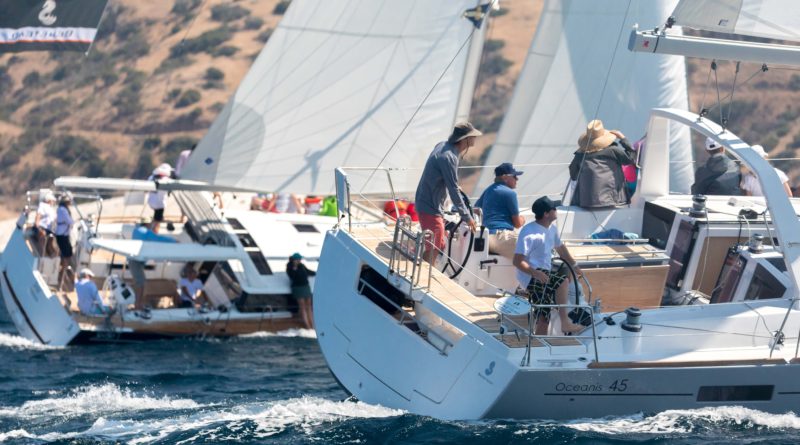 TWO HARBORS — One of the largest gathering of boats was held at Two Harbors during the second weekend of August, with more than 200 owners and guests congregating aboard 55 Beneteaus at the Catalina Island outpost for the 17th annual Southern California Beneteau Rendezvous.

South Coast Yachts, in association with Beneteau America, invited owners of the boat manufacturer to Catalina’s West End for a raft up of sorts. Invitations to the meet-up were offered to owners of Beneteau powerboats and sailboats, ranging from 30 to 55 feet, and others.

Festivities kicked off Aug. 10 and continued into the weekend. A luau was held Aug. 11 at the new Harbor Sands waterfront, followed by educational seminars the following morning. One of the sessions offered a few safety tips for boaters.

Also featured at the annual rendezvous event was the Ship Rock Challenge Regatta, which was basically an exhibition race around Ship Rock, to Emerald Bay and back.

A potluck cocktail and evening theme party anchored the back end of the weekend-long event.

The Santa Catalina Island Company provided some services and amenities for the annual rendezvous.