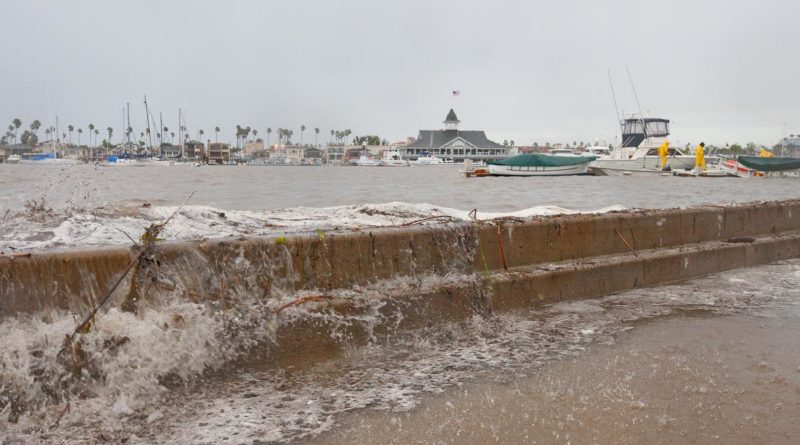 Newport Beach solicits bids to construct a cap on the island’s seawall.

NEWPORT BEACH ― Newport Beach City Council unanimously authorized city staff to seek bids for a seawall cap project to address rampant flooding issues on Balboa Island at their Aug. 8 meeting. The island has long been subject to flooding during king tides and storm surges, as water from the harbor comes over the top of the seawall.

“The reason there is a higher wall requirement on the south side is because that’s the side subject to storm surges and wave,” Stein stated.

The project also includes 3-foot wide gaps at every public dock and street end, Stein also mentioned, so residents and the public have access to the docks and beach. A stop-board would be inserted in this gap and secured with bolts during high tide events.

A seawall cap is not a solution to mitigate the effects of “climate change and associated sea level rise,” but is rather a response to adapt to the current circumstances, Newport Beach homeowner Kathleen Andrews asserted.

“The cap on the seawall is not necessarily to address the rising sea levels but more to do with currents and swell,” Muldoon indicated.

Diane Dixon inquired about seawall replacement – as the topic was mentioned in past meetings and reports.

Everest International Consultants conducted an assessment on the seawall, built between 1929 and 1938, and found it to be “still in fair condition.”

The city council received a seawall report with recommended actions in 2014. Recommendations included capping to replacing the seawall.

The city decided on the cap project, since the life-expectancy of the seawall is projected to still have 10 to 20 years.

The city’s public works department’s application for a Coastal Development Permit (CDP) was approved on July 25.

Newport Beach is now ready to solicit vendors to bid on the capping project for Balboa Island’s seawall.

The construction project is expected to take approximately 16 weeks to complete, once an approved contractor begins work, with an estimated cost of $1.5 million to $2 million. Construction will cease temporarily during the December holiday festivities.

City Council member Jeff Herdman recused himself from the seawall discussion and vote based on property interest.

Balboa Island’s eroding seawalls, in combination with predicted sea level rise, opens the door for the Newport Beach enclave to be subject to flooding issues in even the slightest of rainstorms, according to the California Coastal Commission’s Sea Level Rise Policy Guidelines.

Some scientific studies estimate sea levels along California’s coast could rise between 3 and 6 feet by the year 2100.