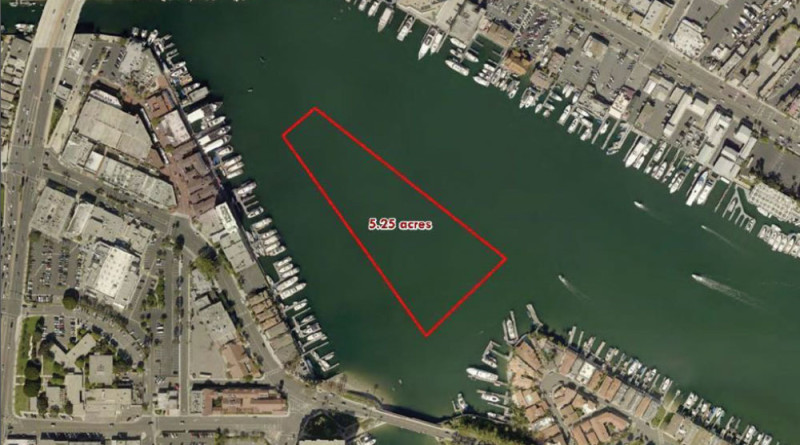 NEWPORT BEACH — Boaters visiting Newport Beach could have a free public anchorage to visit near the Turning Basin for the second summer in a row as the city’s Harbor Commission recommended a second trial run.

Commissioners voted 6-1 on March 9 to go forward with a second trial of the temporary West Anchorage, with the provision City Hall would be able to measure vessel count and effectiveness of noise enforcement.

“We need to identify everything that needs to be addressed. We may or may not have thought of the logistics,” said Harbor Commission Chair David Girling.

Commissioner Brad Avery, the anchorage’s biggest proponent, campaigned for the second trial run; the first trial anchorage run operated from August to October 2014. Avery said the second trial anchorage run would be adjusted to meet the concerns of those who gave input. Noise and raft-ups were the chief concerns from the first anchorage trial. Addressing the noise complaints and enforcing city codes on raft-up prohibitions were City Hall’s primary goals, Avery added.

The one complaint of a raft-up last year was apparently linked to a city oversight. Raft-ups are prohibited within the West Anchorage but city staff said one visitor was mistakenly given a permit to establish a social gathering event near the Turning Basin.

Having a free public anchorage at the west end of Newport Harbor keeps the Central Orange County waterway an attractive destination to boaters, commissioners said. However some waterfront residents were unhappy about the anchorage, claiming it was not only a noise addition to the harbor but also disruptive of their views of the water.

Avery said he hopes the second trial run of the anchorage will help City Hall determine how to minimize noise issues and decide whether there is sufficient demand for a second boat parking area within Newport Harbor. An anchorage already exists on the east side of the harbor.

“We’re open to more ideas of how to adjust this,” Avery said. “Quite frankly this is a desirable place. It’s a beautiful spot to anchor.”

Girling worried whether there is enough demand for a second trial run of an anchorage at the harbor’s west end.

“I don’t think we satisfied a demands analysis. We certainly didn’t have the usage we anticipated [with the first trial run],” Girling said. “We owe it to our citizens to show we saw it through [with code enforcement and noise complaints].”

Joe Stapleton, the sole commissioner who voted against the commission’s recommendation, said the area where the West Anchorage trial run is located is the last gem of open water in Newport Harbor.

“I just don’t see the benefit,” Stapleton said, adding he saw no way for the city to control the noise issues from the anchorage.

He added the Turning Basin is also home to jetpacks. Maintaining a public anchorage in the same area would only clutter the harbor’s west end, Stapleton said.

Local boater Carter Ford said noise enforcement would actually be easier with an anchorage since the boats are stationary. He added more people would take advantage of the West Anchorage if they knew it existed.

“There is definitely an opportunity here,” Ford said. “I think there is a lack of knowledge [of the West Anchorage].

Questions abound of whether the anchorage would serve boaters visiting Newport Harbor in between stops or transients who seek to avoid paying slip fees since the anchorage is free of charge. Visiting boaters must notify Harbor Patrol of their respective intent to use the anchorage and, within a 30-day period, could only stay in the anchorage for five days (with one allowable five-day extension).

Newport Beach Council member Marshall “Duffy” Duffield suggested Harbor Patrol deputies could greet each boater visiting the anchorage with a brief welcome and literature on noise, raft-ups and other rules and regulations.

The second trial run could start as early as Memorial Day and run through Labor Day, assuming the City Council approves the Harbor Commission’s recommendations and the permitting process would be completed in time.