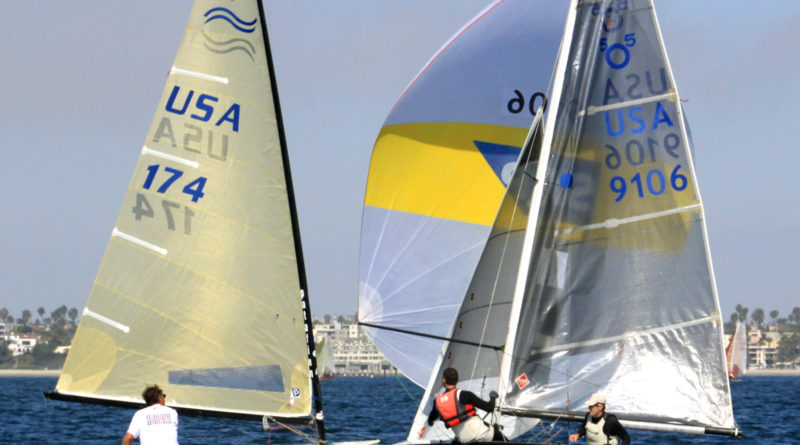 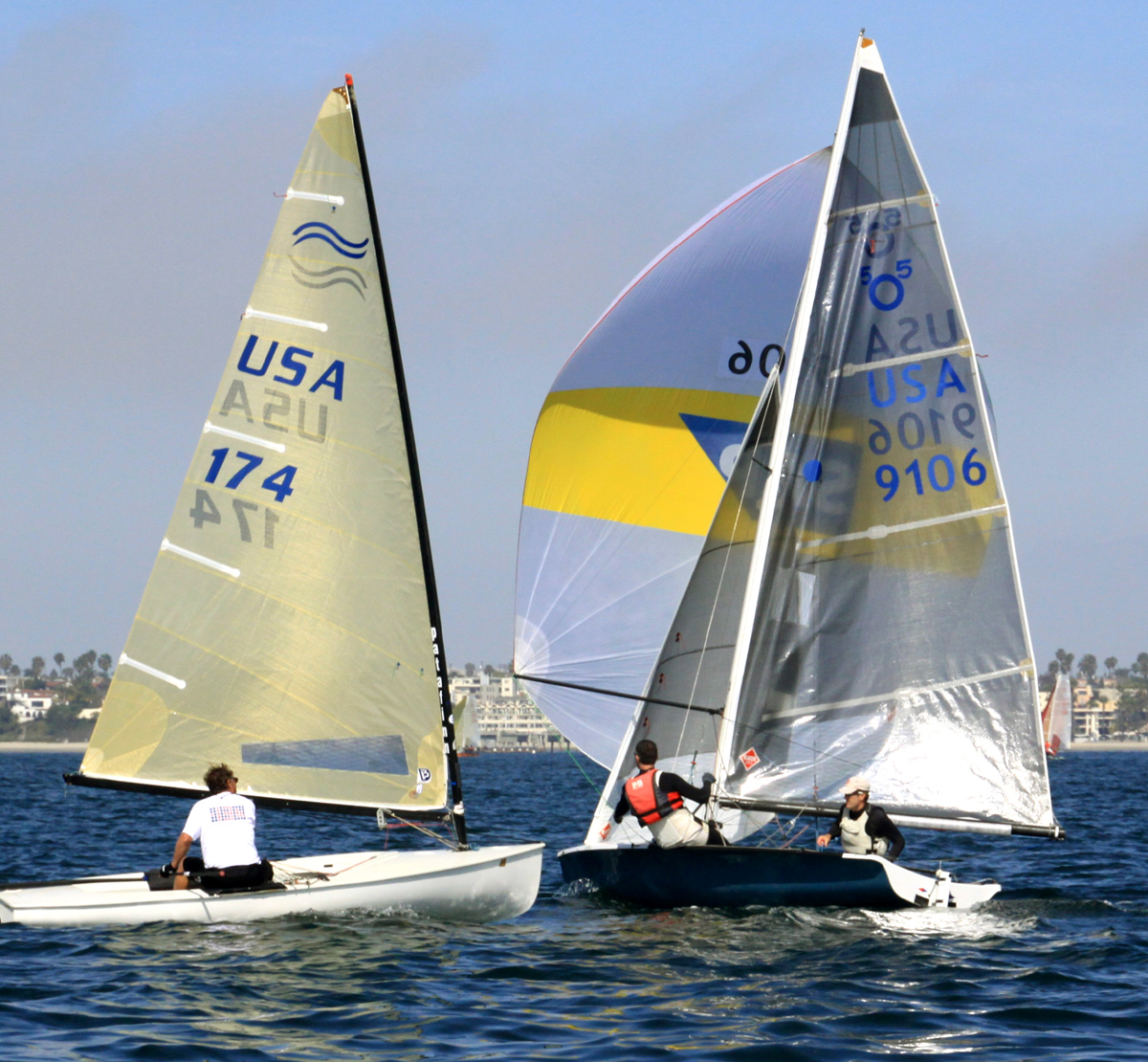 LONG BEACH — Who would bet against a U.S. Navy Seal, an Olympic silver medalist or a veteran sailor who has won four world championships in three different kinds of boats?

Davids, 45, dominated the Laser Masters with six first places and a throwout second in seven races among competitors age 35 and older, although at the end it wasn’t a sure thing. Because of the quirk of the class—the younger you are the more you’re handicapped in the scoring—Davids’ 12 Masters points added to his six left him tied with Bill Symes, a 66-year-old Great Grand Master from Oregon’s Willamette Yacht Club who was handicap-free after outsailing everyone else with two seconds, three thirds and a fifth.

Davids was awarded the top prize on the tiebreaker of his six first places.

“At first I wasn’t going to sail the last race because I didn’t think I had to,” he said. “It’s a good thing I did.”

Glaser, who won silver with JJ Isler-Fetter on a 470 dinghy at the Sydney, Australia, Games in 2000, was a Day 2 replacement for Scott Miller’s wife Patty on his Formula 18 catamaran because the latter had another commitment.

Miller, from San Diego’s Mission Bay YC was tied for first with Alamitos Bay YC’s Alex and Bill Westland after Day 1, but two firsts and a second Sunday with Glaser clinched it going away.

“I think Scotty would have won without me,” Glaser said. “I didn’t really want to drive…”

“But I wanted her to sit in the back,” Miller said. “I was down in Australia where we had two capsizes in 10 days, and I was tired.”
But it wasn’t a particularly difficult day. With a gentle breeze of 5 to 7 knots from the southeast, there was little serious hiking and no catamaran hulls flying.

Hamlin, with Andy Zinn as crew, won the 505 dinghies with four firsts and three seconds (one discarded) for an eight-point margin over old buddy Mike Martin, with crew Ben Benjamin, and Mike Holt and crew Rob Woelfel of Santa Cruz YC. Martin won the second-place tiebreaker with a first and two seconds to Woelfel’s first and one second.

Now Hamlin, a former world champion in the class, as well as in the International 14s on these waters in 2006, will be off this week with Martin as part of a three-man crew trying for his third JJ Giltinan title—the 18-foot Skiff class’s world title.

“It won’t be easy,” Hamlin warned. “We’re gonna have a big pack in front of us.”

Alamitos Bay YC’s John Gresham came painfully close to interrupting Stu Robertson’s often stormy domination of the Lido 14s, but after losing the lead around the last mark of the last race Robertson was able to break away from Gresham’s cover and cross the finish line at the opposite end a boat length in front for a two-point victory. Gresham would have won a tiebreaker if he had held onto the lead.

There were 64 entries in eight classes but no keelboats due to lack of launching facilities during reconstruction of Basin 5 at ABYC. Other boats launched from the beach adjacent to the club. Racing was in the Long Beach outer harbor inside the breakwater, except for Lido 14s inside Alamitos Bay.

First staged in 1928, the SCYA Midwinters are the longest-running regatta in Southern California, surviving the Great Depression, a full range of weather and interrupted only by World War II. SCYA and the Los Angeles Junior Chamber of Commerce teamed up in 1928 to sponsor the first Midwinters in L.A. Harbor, which was promoted as the sports “paradise” that Southern California offered in the winter. Until the 1960s all the boats were wooden but some of the sailors were legendary. Humphrey Bogart sailed his Santana to second place in a handicap class in 1947.

Complete results can be found at abyc.org/event.cfm?id=1883