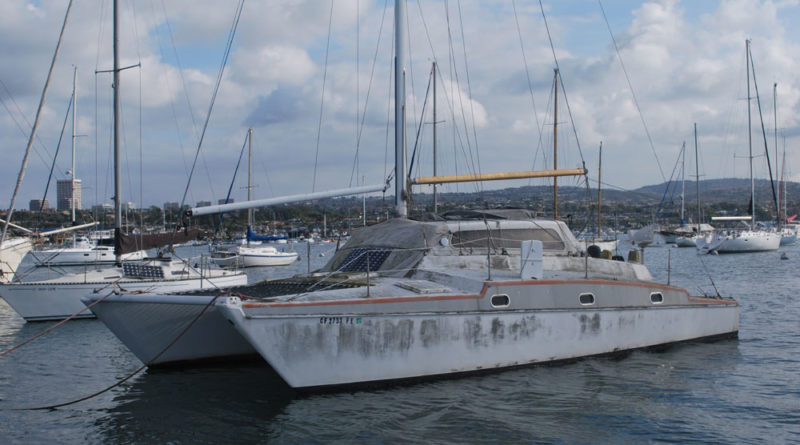 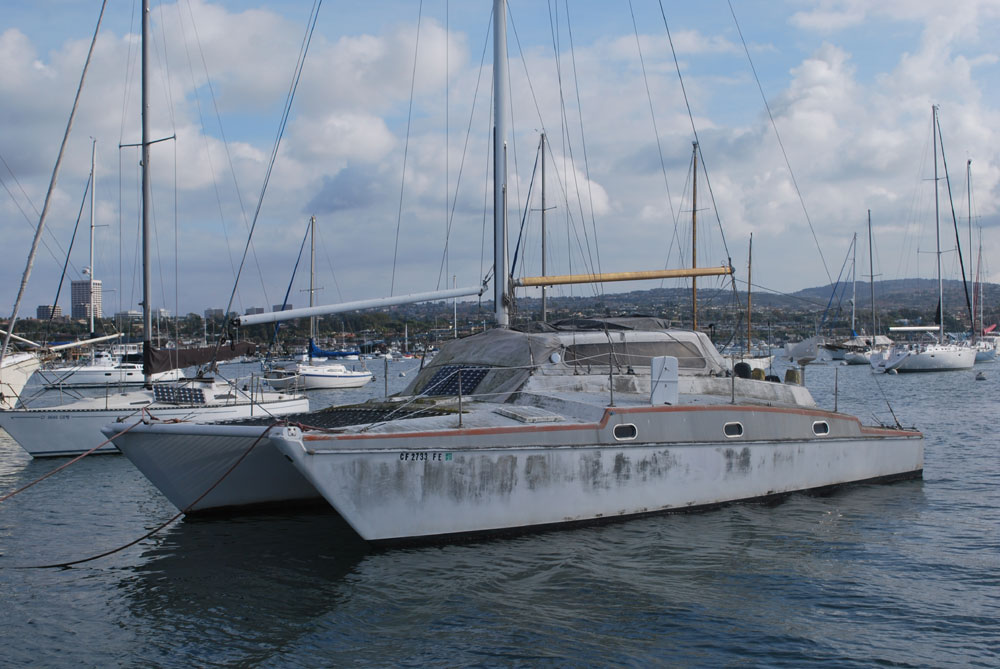 STATEWIDE — If you are in the market for a boat, sometimes the best place to purchase one is not through a yacht broker but at a government-sponsored auction. The city of Newport Beach, for example, has regularly held boat auctions since 2003, attempting to move recreational vessels abandoned by their respective owners and seized by local law enforcement. Although many boats up for auction might not be worth the investment, there is always the possibility you might find a seized yet operable vessel at a discounted price.

The seized boat is usually an abandoned vessel. California has made an effort to control how many abandoned boats — sometimes referred to as derelict or abandoned vessels — are found afloat or sunken in waterways. There have also been news reports of a boat owner ditching a vessel along a roadway in San Diego or others abandoning their boats in unincorporated rural neighborhoods of San Bernardino County.

In mid-February, for example, a boat filled with trash was found abandoned on the side of the road in San Diego’s Mission Valley. One month earlier, an abandoned boat was spotted floating off the coast of La Jolla with two tied-down pit bulls aboard.

“[San Diego] Lifeguards often impound vessels that are illegally moored, anchored, beached or abandoned by their owners. Approximately 30 vessels annually are not retrieved by their owner after impound and become the property of the city. Over prolonged periods of time, sunlight and bird feces degrade the impounded vessels so much that the vessels must be destroyed. The destruction of these abandoned vessels creates a significant expense for the city,” the resolution stated.

In Oceanside, police officers saved a 35-foot boat at the city’s harbor from sinking, salvaging the vessel March 10. Fortunately, the boat will likely not be classified as abandoned. Oceanside Police confirmed the vessel’s owners were cooperative and the boat was insured. Oceanside Harbor Manager Paul Lawrence said abandoned boats are an issue in every marina.

“I think it happens in every harbor,” he said

Lawrence added while there are a variety of reasons why a boat owner ultimately walks away from his or her vessel, marina operators and state officials make every effort to work with them. Once every reasonable effort is exhausted and the boat is registered with the state, Lawrence said.

Newport Beach accepted a Cal Boating grant about six months ago to address abandoned boats. Specifically, the city received $125,700 through the state’s Surrendered and Abandoned Vessel Exchange (SAVE) program.

Similar to other cities and agencies, an abandoned vessel in Newport Harbor is impounded by Harbor Patrol deputies. The boat’s owner is given a few months to claim the vessel. All unclaimed boats are made available through an auction process.

According to city staff, each vessel cost Newport Beach taxpayers between $1,200 and $1,600 to remove, plus administrative or personnel costs.

“We have about 20 per year. It is a problem,” Godfrey said. “We end up having to dispose of them and it’s at the taxpayer’s expense.”

He added whenever a vessel is left in the public waterway and not associated with Marina del Rey’s anchorage, it will be seized by the Sheriff’s Department. Most people want to walk away from the boats, Godfrey said, adding many are so dilapidated even charities do not want them. Usually, owners become incapable of maintaining the vessels; it is easier to walk away from the boat than to make any repairs or upgrades.

The Sheriff’s Department tries to auction off the boats it seizes. However, Godfrey said prospective owners shy away from purchasing an abandoned vessel because the boat is often in such a state of disrepair the cost to rehabilitating it is “too astronomical.”

Abandoned boats do not appear to be as serious an issue several miles up the Pacific Ocean.

“There aren’t many abandoned boats in Santa Barbara Harbor,” Harbor Operations Manager Mick Kronman said, adding his office understands the issue clearly and has a good relationship with a salvage company to move any abandoned boats as efficiently as possible.

Kronman said there were four or five abandoned boats this year, but all have been cleared. Abandoned vessels really are not a problem in the harbor, he added, saying most of the time boats become deserted after the crash ashore the city’s East Beach after a storm.

Santa Barbara does receive state grants to address abandoned boats, receiving anywhere between $8,000 and $20,000 to pay for the removal of forsaken vessels, though the amounts have been not been too high in recent years due to budget restrictions in Sacramento.

When a boat is determined to be abandoned in Santa Barbara, Kronman said his department does reach out to the vessel’s owner or liaison to determine if they would accept responsibility. Those who have taken responsibility in the past have been hit-and-miss, Kronman said, as some have worked with the Harbor Department and others have not.

“Abandoned boats are like weeds in a garden, we pull them out and they pop up again,” said Peter Pelkofer, senior counsel of enforcement with California’s State Lands Commission.“It’s very difficult to determine how many abandoned vessels are out there. People continue to dump them. There have been some attempts to get together the information.”

Pelkofer said his agency has not maintained statistics on the number of deserted vessels in Southern California or statewide.

Pelkofer said while information is limited, the best statistic he is aware of shows California paid for the removal of 1,642 abandoned recreational boats between 2000 and the 2013-2014 fiscal year. The average cost to remove those abandoned boats was about $3,000 per vessel, Pelkofer said.

A few years ago, the state amended the Public Resources Code to make the process of removing an abandoned vessel — especially if it trespasses on state land — more efficient and cost effective.

Pelkofer opined the state has made some progress in addressing abandoned vessels.

“It was considerably worse,” during the recessionary period, Pelkofer said. There were a lot more abandoned vessels found in waterways because people just could not afford to financially maintain their boats. “It’s still ongoing, but in my estimation not as much [a problem] as it was. I don’t see it as a problem that can be stopped or stemmed.”

Just the same, Pelkofer said he was hopeful because there is more funding available now for boating, and law enforcement has taken a more active role in trying to remove abandoned vessels. He also acknowledged the state’s Vessel Turn-In Program (VTIP) as a helpful and valuable resource.

There can be several reasons why a boat owner would abandon his or her vessel.

“Severe weather events, economic hardships, financial problems and the potentially high costs for removal all increase the likelihood that boats will be abandoned,” a 2009 report by National Association of State Boating Law Administrators on best management practices for abandoned boats stated. “When boaters live a long distance from where their boats are docked, they can fail to provide necessary repairs and monitoring.”

California officials have suggested boat owners pursue one of three alternatives to abandoning their boats: donate to a charitable organization; recycle or salvage; or, dismantle the vessel if it is no longer of redeemable value.

AWAF was established in 1997 and, according to Cal Boating, “provides funds to public agencies to remove, store, and dispose of abandoned, wrecked, or dismantled vessels or any other partially submerged objects which pose a substantial hazard to navigation.”

One thought on “Abandoned Boats: a problem here to stay?”