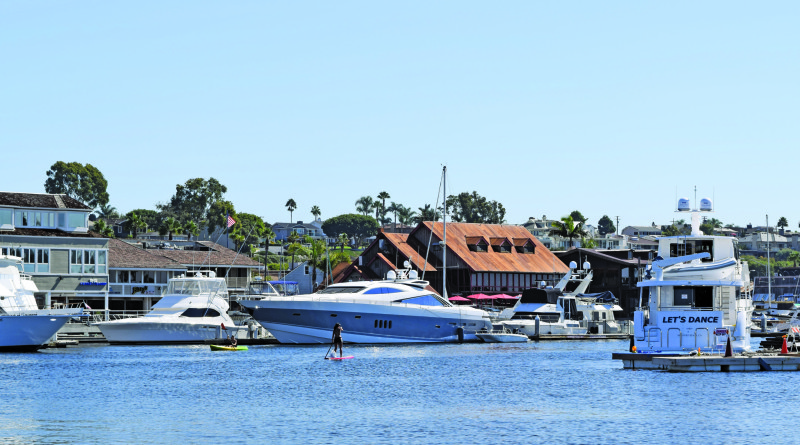 NEWPORT BEACH — Can standup paddleboard (SUP) users and boaters co-exist? This is one of several questions the Newport Beach Harbor Commission hopes to answer with the formation of a SUP ad hoc committee.

Commissioners unanimously approved the creation of the committee on Nov. 16 to gain insight on who uses SUPs in Newport Harbor and how the city can work with local rental companies to better educate SUP users of the Rules of the Road.

“The goal is to review the educational practices that are currently implemented by the SUP operators at the point of sale, and to gain a better understanding for all SUP operators in the harbor,” Girling said.

Whether SUP users are well-versed in the Rules of the Road and take proper actions to avoid collisions with power or sail boats is a top concern, according to commissioners.

How paddleboard users function in the harbor and co-exist with boaters will be a primary focus of the ad hoc committee. Committee members also hope to discover ways to monitor how many people are using SUPs and whether rental companies need to do more to ramp up educational outreach efforts.

Council members failed to reach a consensus in 2012 on how to regulate SUPs, instead recommending the Harbor Commission focus on developing safety protocols for all on-water users.

Blank presented a report to council members in March 2013 recommending no additional restrictions on SUP use in Newport Harbor be enacted.

“The existing Newport Beach City Municipal Code and Federal Inland Waterways Right of Way Rules provide sufficient clarity on where, when and how to safely operate a SUP in Newport Harbor,” the Harbor Commission report stated. “Harbor Patrol has an approach to enforcement that is sound and reasonable. All stakeholders can benefit from additional education and outreach on: general boating and specific SUP safety in Newport Harbor, and the existing City Code and Federal Inland Waterways Rules of the Road.”

“We determined that the best approach at the time was that the operators needed to provide safety education at the point of sale (time of rental),” Girling said. “For the most part that seems to have been effective.”

A public forum was held in April 2013 to help educate the public of how to safely operate an SUP in Newport Harbor.