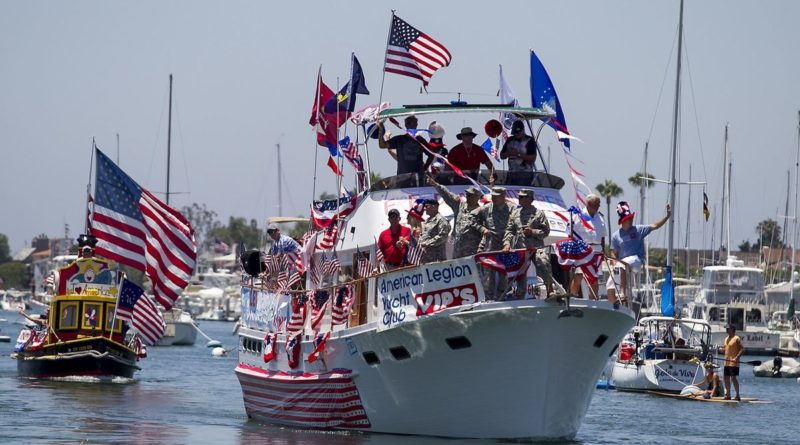 Both parties attend a hearing on Jan. 18, but presiding judge reveals wife is a Post 291 member in possible conflict of interest.

NEWPORT BEACH—For nearly 52 years, American Legion Yacht Club (ALYC) and Post 291 in Newport Beach shared facilities in harmony, but things have since changed. ALYC has filed a lawsuit against Post 291, who had attempted to terminate ALYC’s lease, and both clubs attended a hearing on Jan. 18.

The dispute between clubs is said to have been going on for more than a year. Staff commodore Mike Berdine confirmed both parties attend a hearing on Jan. 18, where an news of the judge’s association with the yacht club was revealed.

One event ALYC put on each year, Sail for the Blind and Visually Impaired, was cancelled in October due to Post 291’s executive board suspension. This event had been held annually in cooperation with the Women’s Sailing Association of Orange County.

Though there was some chatter that ALYC would have to cancel future events, but Berdine told The Log in an email, “ALYC is conducting meetings and activities at other locations, most significantly Bahia Corinthian Yacht Club.”

In addition to saying the suspension will not cancel further events, Berdine said, “For 2019, ALYC has published a full calendar of events including [Sail for the Blind and Visually Impaired], the Monday night Sundowner racing series and the summer Youth Sailing program.”

At this time, a full listing of events for 2019 can be viewed at alyc.com. It does not appear that any other activities will be cancelled due to the suspension for the time being.

On Friday, Jan. 18, a hearing between ALYC and Post 291 took place. Berdine told The Log attorneys for both parties were present at the courtroom of Judge Robert Moss

Berdine stated: “The purpose of the injunction is to allow ALYC members to access the facilities they have used for the last 52 years because Post 291 is threatening to cut all access and to eject all ALYC property from the Post.”

ALYC’s position, as described by Berdine, is it is unconscionable for Post 291 to strip facility use after 52 years of unrestricted access.

Another coincidental surprise happened at the hearing – Judge Moss revealed his wife was a member of Post 291.

“During the hearing, Judge Moss unexpectedly disclosed for the first time at the hearing that his wife is a member of the Post 291,” said Berdine. “He also said he often visits the members-only private property of Post 291. Accordingly, ALYC has now filed a verified statement of objection to Judge Moss and request that he be disqualified from further presiding over this case.”

At this time, it is unclear whether or not Post 291 had any knowledge of the judge’s affiliation with the club or not. However, it is highly unusual that a judge would not mention the conflict of interest at the time of reviewing the preliminary paperwork, which was dated on Dec. 27. Was this purposeful or just a mere coincidence? The Log will follow-up as information becomes available.