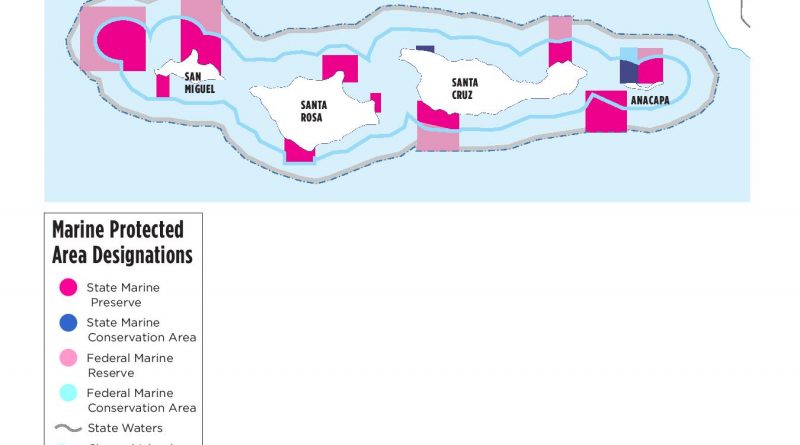 The analysis found harvest rates are effectively zero inside most Channel Islands MPAs while high harvest rates at several sites where fishing remains legal are up to 10 times greater than previous regional‐scale estimates.

CHANNEL ISLANDS—A new population analysis by an Oregon State University researcher has found fish are thriving and poachers are staying out of marine protected areas around California’s Channel Islands.

Findings of the analysis were published Dec. 2 in Conservation Letters, a journal for the Society for Conservation Biology, by Will White, a marine ecologist with Oregon State’s Coastal Oregon Marine Experiment Station in Newport; Mark Yamane, an undergraduate student participating in a National Science Foundation-sponsored research experience at Hatfield Marine Science Center; Kerry Nickols of California State University, Northridge; and Jennifer Caselle of the University of California, Santa Barbara.

The study estimated harvest rates for four kelp forest fish species – which are frequently targeted by recreational and/or commercial fishers – inside marine protected areas (MPAs) and non‐MPA reference sites in the Channel Islands from 2003 to 2017. The research found harvest rates were effectively zero in MPAs for the four species, indicating illegal fishing was not taking place in the protected areas. Two locations showed a low harvest rate, suggesting some poaching may be occurring or the fish in those areas may be straying outside protected boundaries.

“Based on that evidence we cautiously suggest the straying/spillover explanation is the most likely,” the authors wrote. “Nonetheless, these results can guide managers in allocating enforcement resources toward particular locations.”

Researchers also estimated high harvest rates–up to 10 times greater than previous regional‐scale estimates–at several sites where fishing remains legal, indicating more fishers, displaced from the MPAs, might be fishing areas outside the protected regions. The study did not directly test that hypothesis.

While other studies have looked at whether fish abundance or biomass increased in or near MPAs, this study is believed to be the first to directly assess whether MPAs have eliminated harvest in a fished population.

“This is an important advance in MPA assessment, because a major concern in MPA design is that fish will tend to move across MPA boundaries and be captured, even if the center of their home range is inside an MPA,” the authors wrote.

The analysis stated estimated harvest rates outside of the MPAs in the study were considerably higher than prior estimates based on the most recent assessments of those stocks. However, the analysis suggested such spillover is minimal for most of the Channel Island MPAs, because the fish populations within MPAs resemble unfished populations, not populations in which large individuals are removed if they stray into fished areas.

“That movement would reduce the effectiveness of the MPA, although in some cases such spillover is a desirable outcome to support fisheries,” the report’s authors stated.

Since the formation of the MPAs, there has been a balancing act between meeting angling and boating interests and conservation. The network of 11 nearshore MPAs was established at the northern Santa Barbara Channel Islands in 2003 with the primary goal to conserve ecosystem biodiversity. According to the authors, studies have found an overall increase in biomass of fishery‐targeted species in Channel Islands MPAs. The analysis questioned if fishing effort, having been displaced from the areas now encompassed by the MPAs, has been concentrated in the remaining surrounding habitats and what the impacts of that might be.

“What remains to be investigated is the degree to which fishery yields might increase as a result of larval spillover from MPAs,” the authors wrote.

The results from the analysis will inform the coming assessment of California’s MPA network in 2022, which will be the first decadal management review of the state’s MPA network.