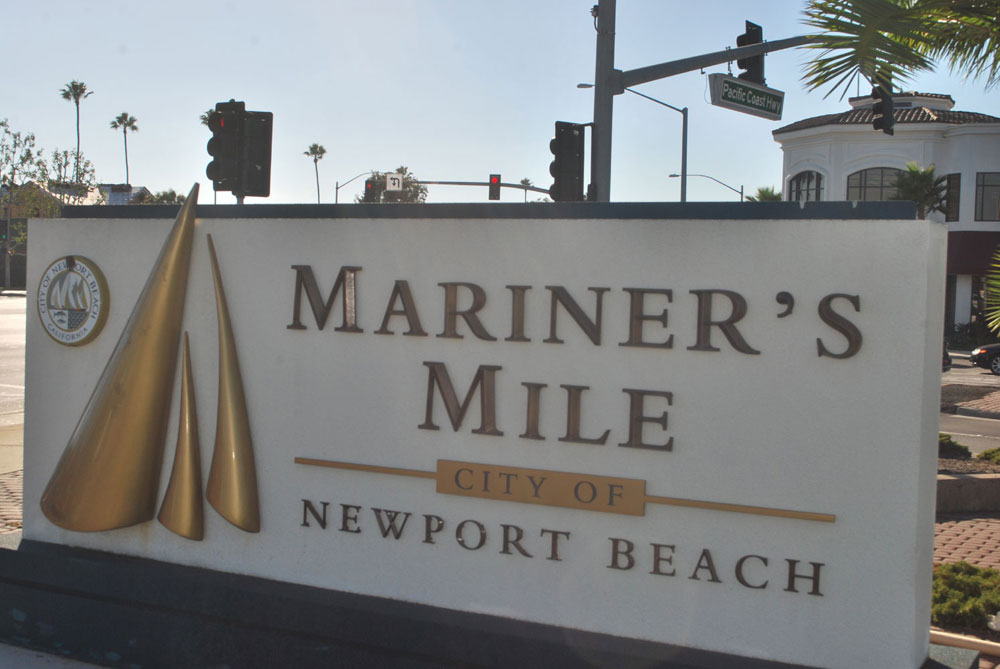 Note: This is the first installment of a two-part feature on Mariners Mile. Part I reviews the results of last year’s five-day planning workshop for Mariners Mile, which was presented at a recent Newport Beach Planning Commission meeting, and how the defeat of Measure Y in November 2014 impacts new development along the 1.3-mile stretch of West Coast Highway. Part II will feature perspectives from local stakeholders of how Mariners Mile could look like in the next five, 10 or 20 years.

NEWPORT BEACH — It was a sunny October day in Newport Beach when city officials, a group of planning consultants and local stakeholders congregated inside a community room at City Hall to discuss a potential facelift of Mariners Mile.

Representatives from the California Chapter of the Congress for the New Urbanism (CNU) arrived in Newport Beach Oct. 17, 2014, to host a five-day workshop to flesh out ideas of how to revitalize the 1.3-mile Coast Highway corridor. The workshop included focus groups, consultant presentations and field trips to Mariners Mile. Planning consultants presented a few hashed out ideas — based upon the input received by stakeholders during the previous four days — during the final meeting Oct. 21, 2014.

Almost five months later, the city elected not to partner with CNU and members of its California Chapter.

“The CNU California Chapter does not have any plans to assist the city of Newport Beach with implementation of Mariners Mile charrette report recommendations, as the chapter has not been invited to assist in that capacity,” Urbanus Group’s Matthew Shannon said.

Shannon, whose company is based in Irvine, was one of the consultants affiliated with CNU’s California Chapter. He attended the Newport Beach Planning Commission’s March 5 meeting, where a summary of CNU’s findings from last year’s planning workshop was presented.

“Now may be the appropriate time to evaluate Mariners Mile in a comprehensive manner,” Brenda Wisneski, Newport Beach’s deputy director of community development, said in a memo. “The concepts presented in the [CNU] report are intended to ignite creative discussions as to what the community wants Mariners Mile to be.”

Planning commissioners approved a memo March 5, requesting City Council to provide direction of how to revitalize Mariners Mile. The memo pointed out that the defeat of Measure Y in last November’s election negatively impacted the city’s ability to revitalize the bayfront village. Measure Y proposed to amend Newport Beach’s General Plan. If approved, more development could have been allowed in the city’s major business districts, such as Mariners Mile or Fashion Island.

“Several planning policies were proposed with the recent Land Use Element, which became null and void with the failure of Measure Y,” Wisneski stated in her memo to planning commissioners earlier this month.

In its memo to the City Council, planning commissioners said the proposed policy changes to the General Plan need to be revisited.

“An important step in moving forward with a framework to encourage revitalization of Mariners Mile would be the consideration of updating relevant General Plan policies. The proposed General Plan Land Use Element amendment (Measure Y) included revised policies relevant to Mariners Mile to increase planning and development flexibility. When Measure Y failed, those policies became null and void,” the Planning Commission memo stated. “In order to best position Mariners Mile to be revitalized, the Planning Commission believes those proposed policies that pertained to Mariners Mile should be reviewed, modified as appropriate after further outreach to stakeholders and ultimately adopted.”

The Planning Commission also stated it would supply its City Council colleagues with concept recommendations so the seven-member elected panel could potentially hold a Mariners Mile study session later this year.

Complementing the Planning Commission’s memo is a county-sanctioned study of Mariners Mile, including an Orange County Transportation Authority (OCTA) review of multi-modal access through the 1.3-mile corridor already underway.

Mariners Mile is a 1.3-mile stretch of West Coast Highway between Dover Drive and Prospect Street. The village, designated as a “revitalization area” about four years ago, was once specifically dedicated to boating interests. Some boating interests do remain on the Mile today, though many boutique shops, high-end automotive dealers and trendy restaurants populate the thoroughfare as well.

“In 2011, the City Council recognized Mariners Mile as a ‘revitalization area,’ along with five other areas of the city, which should have an investment of time, thought and resources to bring the areas up to ‘Newport Beach’ standards,” planning commissioners stated in their March 5 memo.

CNU’s final report said West Coast Highway through Mariners Mile could be more than a thoroughfare where commuters pass through from South Orange County to points due north of Newport Beach (and vice versa).

“Mariners Mile, identified as a special study area in the city’s General Plan, is more than a high-speed section of highway. Rather than seeing the entire 1.3-mile length as one commercially-zoned area on a major thoroughfare, our team used a ‘context-sensitive’ design approach to creating a safe, walkable, drivable, bike-able, linger-able, sit-able, shop-able and live-able village,” a portion of the final report stated.

The final report also found three major themes: improve the quality-of-life in Mariners Mile; create a village on the inland side of West Coast Highway between Riverside Drive and the Ardell property; and, expand direct public access to the waterfront.

Also included in the final report was a recommendation to establish Mariners Mile as “a walkable, urban village without expanding the highway or removing on-street parking” by reconfiguring Highway 1 with two lanes of travel in each direction and making the 1.3-mile stretch of road pedestrian-friendly.

Two alternatives were presented in the final report. The first alternative, which CNU’s California Chapter did not support, proposed to highlight West Coast Highway as a seven-lane, high speed thoroughfare with 34,500 square feet of commercial space, no residential units, 227 hotel rooms, 290 new parking spaces and an estimated $287,000 in annual sale tax and $343,000 in transient occupancy tax.

Kim Brandt, Newport Beach’s community development director, said it remains to be seen what direction the city will take. The city is waiting for OCTA to complete its study and publish the results. She was not aware of when the study would be completed as the OCTA study is for the entirety of Coast Highway in Orange County.

“We’re still studying away,” she said. “Mariners Mile is an important and integral part of our community.”