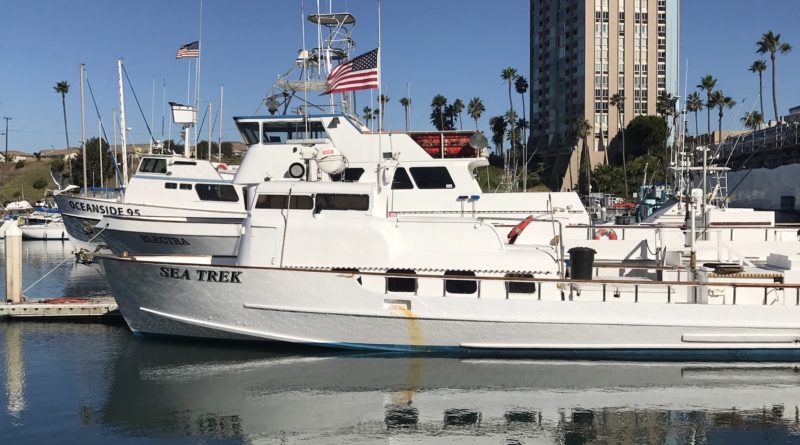 Will legislation help state officials identify the why California’s fishing license sales have been declining?

SACRAMENTO — An effort to determine why fishing license sales in California have steadily declined year over year appears to have gained some momentum, as Assembly member James Gallagher’s proposal to create an advisory group study California’s angling industry made it out of the state’s lower house, May 29.

The Assembly unanimously approved Assembly Bill 2465 (AB 2465) shortly after the Memorial Day Weekend, setting the stage for Gallagher’s proposal to be deliberated in the State Senate.

AB 2465 specifically proposes the creation of a “sport fishing industry group” to work with the Department of Fish and Wildlife (DFW) in identifying barriers to sportfishing participation.

The group – known as R3 Group – would also be tasked with developing and approving recommendations to remove the barriers it believes contribute to the steady decline in sportfishing license sales.

DFW’s revenues from sportfishing activity, when adjusted for inflation, have remained steady at $60-65 million annually since the 1980s, according to a legislative analysis of AB 2465. The annual revenue supports the department’s Fish and Game Preservation Fund, or FGPF, but the discretionary account’s status is dire, according to the Assembly’s May 26 legislative analysis.

“The FGPF has a structural deficit of approximately $20 million annually,” the legislative analysis stated.

Gov. Jerry Brown, interestingly enough, proposed to address the budget deficit with his 2018-19 budget, which will be up for a vote shortly. Brown specifically proposed to direct $51 million in new funding toward DFW, with $20 million allocated to cover the FGPF deficit and $31 million “to expand DFW activities.”

The $51 million would be funded by tire recycling fees, vehicle registration and driver’s license fees (Motor Vehicle Account) and the General Fund.

Operating the R3 Group would also come costs, though a specific budget has not yet been determined. The Assembly’s Appropriations Committee stated associated costs for the group could include fulfilling public meeting law requirements and hiring an R3 Group coordinator.

Gallagher’s bill might give legislators and policymakers some insight on why California’s sportfishing interests have been diminishing. To date there has been no clear consensus of what path state officials, industry leaders and everyday anglers should take in addressing the states sportfishing participation woes.

“The extent to which these programs are coordinated or address common failures of R3 efforts is not clear,” the Assembly legislative analysis stated.

2 thoughts on “Assembly approves proposal to address barriers to sportfishing”