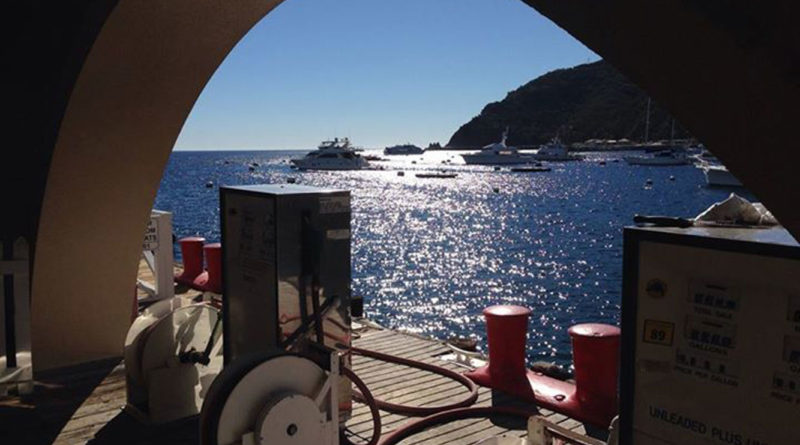 AVALON — Avalon City Council’s push for construction of a new wharf for the aging fuel dock must go through one more layer of bureaucracy, leading the five-member panel to adopt an emergency action plan at its April 21 meeting. The plan consists of a new engineering study and evaluation of the dock.

The plan was approved after staff explained time is of the essence due to a looming grant expiration date. Grant funding to help fund the new fuel dock is set to expire in 13 months and Avalon does not have any extensions available to keep the project alive should the permitting process face more delays.

“This work needs to address and provide information on the existing fuel dock, the Casino building and any other facilities near the project site,” city staff stated. “The study will encompass site inspections, assembly and analyze research materials, conduct a plan review, prepare letters to the [Army Corps of Engineers] and meet with the [Corps] if necessary.”

City staff anticipates the study, which could cost Avalon $13,500, will take three to four weeks to complete. The completed study would be forwarded to the Corps of Engineers for review or approval, which could add 30 more days to the process. Accordingly, this study could take up to two months to complete. If the Corps of Engineers does not approve the study in its initial 30-day review, the process could face further delays.

Cal Boating awarded Avalon a matching grant to help pay for the fuel dock; the grant is scheduled to expire in June 2016.

“City staff had to make a decision to proceed with this work as the timing involved is crucial at this juncture,” a staff report to council members stated. “Due to the Boating and Waterways matching grant that will expire in June 2016, time was of the essence and the study had to begin or the construction schedule would be negatively affected.”

Council members unanimously approved the engineering study as part of its consent calendar. Bluewater Design Group will conduct the study and receive up to $13,500 for its work.

The April 21 vote follows a similar council action three months earlier, where the five-member elected panel agreed to pursue an engineering study to determine whether short-term repairs could be made to extend the fuel dock’s usable life.

Boaters have been using the fuel dock, which is located adjacent to the Casino, for diesel fuel and gas since the 1920s. Another fuel dock exists at Two Harbors. Avalon Harbor services about 20,000 transient boaters each year, though not all of them use the fuel dock.

The city hopes to begin construction in October and complete the fuel dock by April 2016. Initial plans from a few years ago revealed Avalon wanted to build a concrete dock. However, the budget reached $3 million, which was higher than city officials estimated. Plans were altered to build a wooden dock, instead, bringing the budget down to $2 million.

City officials developed an alternate fueling plan if construction ever begins. The plan calls for a gas truck to be stationed on land adjacent to a temporary dock floating on the water and near the permanent fuel dock location.