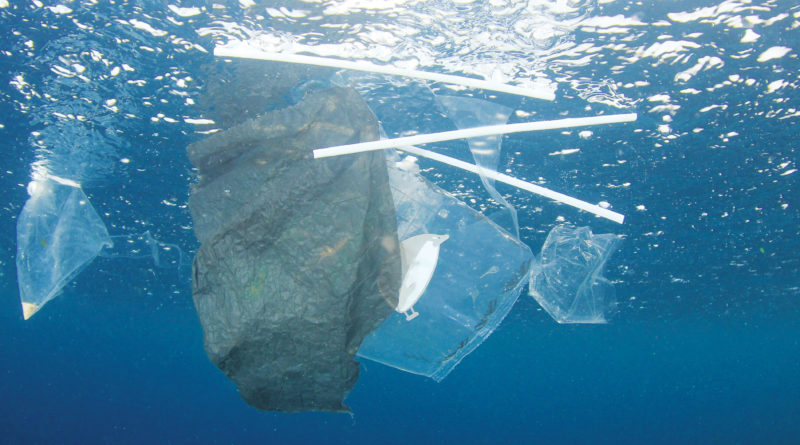 Avalon has hopped onto the plastic straw ban wave, as local City Council member voted to ban the restaurant accessory from Catalina Island’s sole municipality. The city is also placing a ban on polystyrene containers.

AVALON — Banning single-use plastic straws has become all the rage in recent months, with cities and private companies alike jumping on the environmental bandwagon and prohibiting an item commonly found at dining establishments and supermarkets. Avalon is the most recent city to move forward with a ban on single-use plastic straws, joining the likes of Starbucks, McDonald’s, Seattle and Malibu in enacting similar prohibitions on the drinking accessory.

The plastics and polystyrene ban ordinance was barely deliberated at the Aug. 21 meeting, with council members voting on the regulation a few minutes after it was introduced by Avalon’s city attorney.

Avalon pursued its policy against single-use plastic bags and straws – and also polystyrenes – as part of a larger mission to reduce the amount of plastic in landfills.

City officials have been looking to the city of Malibu – which has bans in place on plastic bags, cutlery, sandbags, straws and stirrers – as a model of how to draft the Avalon ordinance.

Meat and fish trays, egg cartons, packing materials, cups, plates, coolers and ice chests made of plastic material were among the items included in the Malibu ban.

“The purpose of the ordinance was to protect the natural environment from non-biodegradable litter, reduce solid waste and promote public health,” city staff stated in a report to council members. “Polystyrene and plastics have not been around long enough to know exactly how long they take to breakdown; however, some estimates state they may take a minimum of 500 years if they are able to break down at all.”

Banning single-use plastic bags became a part of the ordinance after one council member, on Aug. 7, pointed out some of Avalon’s restaurants provided customers with plastic bags to carry their to-go items.

Avalon city staff continued the ocean is home to more than five trillion pieces of plastics, with 92 percent of this smaller than a grain of rice.

“These fragments are misidentified as food by aquatic biota and enter into the food chain,” city staff continued. “Plastic in the ocean also attract other [pollutants], which magnify the toxicity of fragments consumed by marine life, and ultimately enter the human food chain. Plastic straws and stirrers end up on the ocean through human error or misuse, such as litter that blows into the ocean.”

This is not Avalon’s first rodeo with regulating plastic materials. City law, prior to the enactment of the single-use plastics and polystyrenes ban, featured four exemptions: food prepared outside the city and not packaged (and not repackaged in city); food provided by Long Beach Unified School District to school students in Avalon; coolers and ice chests made of polystyrene intended for re-use; and, food brought by individuals for personal consumption on city property (and not part of a formal event).

The coolers and ice chests exemption was the only one City Council members did not want to retain moving forward.

One of the key questions the City Council faced during its Aug. 7 meeting: to what extent should Vons be exempted from a policy governing plastics and polystyrenes.

“We don’t want Vons their food with polystyrene and we also don’t want them to sell it,” Council member Pam Albers told her colleagues on Aug. 7.

Also discussed at the Aug. 7 meeting was whether Avalon should ban Mylar balloons. Mylar balloons, the point was made, run the risk of becoming entangled with power lines (which could cause fires).

“It’s going to be difficult for us to ban Mylar balloons. People are bringing them over from the mainland. It’s not as if they are being manufactured here,” Council member Cinde MacGugan-Cassidy, who also expressed concern about the use of plastic water bottles, said during the Aug. 7 meeting. “I don’t want to be the first city who does the Mylar balloon ban.”

MacGugan-Cassidy, who has been advocating for a city policy on this issue, added her initial intent was to have Avalon pursue an all-out ban on plastic bags.