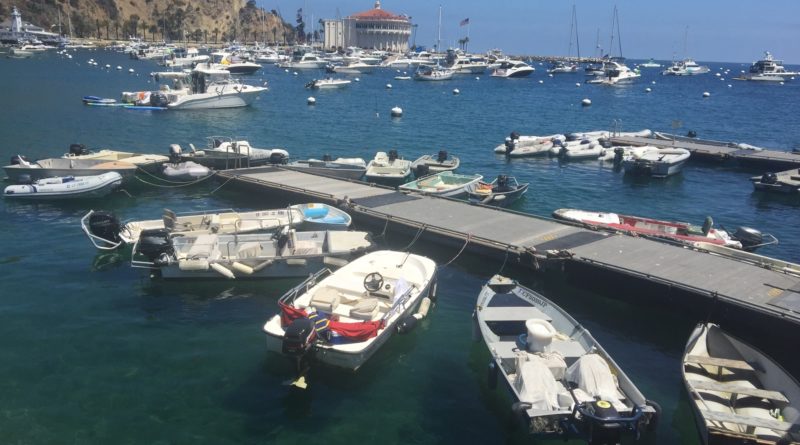 Avalon Harbor is one of America’s most unique boating destinations and has moorings owned by locals, visitors and business owners alike. Catalina’s only municipality is also one of the last coastal cities without a harbor commission – but is a formalized harbor advisory board necessary here? (Devon Warren-Kachelein photo )

Council members lean toward creating an advisory/ad hoc committee instead of a formalized harbor commission; vote on issue will be held later.

AVALON—The subject of forming some kind of harbor advisory committee has struck a nerve with City Council members, locals, harbor patrol and other business owners here in Avalon, ever since the idea of reinstating a waterfront-themed board arose last December. It has also been an ongoing issue – until, hopefully, Avalon City Council’s next meeting.

Creating a harbor advisory committee in Avalon has been somewhat controversial, as evidenced by a heated discussion at the City Council meeting on May 7, but it appears council members have finally come to a conclusion. City Council members will likely give direction for the community to form an ad hoc or advisory committee at their next meeting. Since no formal direction had been given to staff, this item was brought back – again – to make a final decision.

Whether a formalized agency or a community-formed advisory committee, boaters, locals and harbor business owners have expressed a desire for an organized harbor discussion group of some kind.

MacGugan-Cassidy cited she wanted a team of experts to look into protecting “the harbor’s assets,” ensuring quality customer service, bettering existing services, providing safer mobility and boating safety education to inexperienced boaters as well as seasoned sailors, and other issues.

To Form a Harbor Commission or Not?

Most Southern California coastal cities have some kind of harbor advisory board. Avalon might be one of the last cities without such a commission. In March, Huntington Beach held its first official harbor commission meeting after years of trying to get that off the ground. Notably, Commissioner Alfred Balitzer, a retired professor, had been active in pursuing Huntington Beach City Council in creating an organized board since the 1990s.

Both new harbor commissions, Huntington Harbour Commission and DPHAB, are made up of local volunteers with a wide range of experience. While there are harbor business owners and avid boaters that serve, a commission can also include some volunteers whose background are not largely focused on boating or waterfront activities. One example is Renee Hunter, a new commissioner for Huntington Harbour Commission, who is a retired aerospace engineer who worked with Boeing. According to her application, she was different in coming to the commission from an “assets” perspective.

Mayor Ann Marshall, who has been opposed to forming a harbor commission, believed there was not a need to create a harbor commission. One of her reasons was that people simply were not showing up to City Council meetings when harbor-related items were up for discussion.

“How often, do you say, we’re talking about shore boats and nobody comes out?” Marshall said. “I don’t know what difference the task force would be than to make a formal commission … I really appreciate that you all are thinking, but would prefer an ad-hoc committee instead of a commission with all the work.”

Marshall encouraged others to attend a city council meeting.

MacGugan-Cassidy, on the other hand, explained the need for a transparent system.

“I feel that we are losing boaters or should I say visitors,” said MacGugan-Cassidy. “When we changed our mooring rates we saw the detriment to rates to our harbor and revenue for our harbor. We have remedied that as a council, but I think that there’s a lot a committee could do to help give suggestions.”

Greg Harris, who had been involved in organizing the task force, stated, “Anyone who uses the harbor fields a lot of questions, and I don’t know if the harbor department has the time to field all these questions.”

When it comes to a task force/ad hoc committee or a formal harbor commission, it can be confusing to decipher the difference.

An ad hoc committee, which is what may show up on Avalon City Council’s next consent calendar (agenda items council members can approve without discussion), is not a formalized body appointed by the City Council and is typically a temporary body to assist in a particular project. Similarly, a task force is a unit of volunteers coming together under a specific purpose.

Avalon has a slew of renovation projects on the list from Cabrillo Mole Ferry Terminal to the Casino Arch repair, not to mention the many other concerns on the waterfront and a limited budget. Some council members and citizens have felt long-awaited projects could receive that extra push by gathering advice from an expert crew of harbor commissioners.

One public commenter stated, “We’re falling apart with rust, and stucco falling off and pier pilings dangling, and things that are just getting noticeable.”

Making repairs on a large scale is incredibly costly, sometimes with just the consultant’s assessment of the project adding up to $1 million or more – a huge undertaking even for cities with a sizeable budget.

Albers, at the most recent council meeting, stated she was frustrated with “hiring expensive consultants that don’t offer results, don’t offer solutions and I’m cognizant that staff does not have the time.” Her take appeared to be some of Avalon’s more talented individuals could offer feedback to save money when preparing plans for harbor infrastructure and other projects.

However, several people rebutted her statements including Marshall and Harbormaster J.J. Poindexter, citing that in order to pursue grants it was a necessity to hire consultants. Poindexter also stated it was a liability to take on the responsibility of these projects.

Poindexter said, “There’s a liability … It’s gonna cost money – that’s the bottom line. There’s no getting away from that.”

“The fuel dock was put together wrong, but there was an engineering firm that put their name to it,” Poindexter continued. “Now if it bellies up, they [naysayers] are right and they [engineers] are wrong. At the time it was a money issue.”

Marshall also questioned whether research would be accepted when applying for a grant.

“I don’t think government works that way, but I could be wrong.”

Council member Richard Hernandez, who also stated he was not in favor of a formal harbor commission, said, “It’s still about the budget. There still has to be money to do this [revitalization projects, etc.].”

Albers further discussed being able to consult with a harbor advisory committee, including boaters, yacht club members and others, about what could be done on a limited budget. While harbor committees do provide, at times, executive levels of advice to city councils, would a harbor committee have the capacity to save money in Avalon or at least streamline the consulting phase?

Share your opinion about harbor commissions/task forces by writing a letter to the editor at editor@thelog. Leave public comments at thelog.com or on Twitter (@TheLogNewspaper) or Facebook (thelognewspaper).