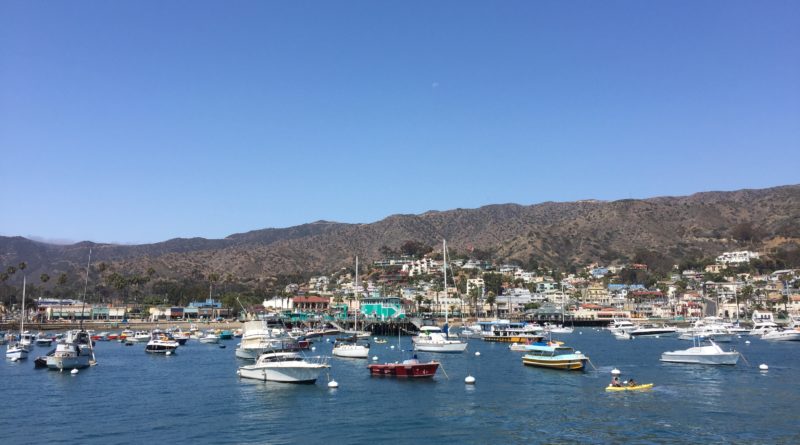 After the harbor committee had been dismantled in 2008, Avalon’s city staff proposed creating a harbor task force but the idea was put on the backburner for a while. The task force does not yet have a set date to meet with boaters, waterfront business owners, harbor patrol and others. (Parimal M. Rohit photo)

AVALON—For major boating destinations up and down Southern California’s coast, it’s hard to imagine the absence of a harbor advisory board. There are many benefits to having an agency focusing on the major source of recreation and revenue. Avalon, on the other hand, once had a harbor committee – and it was dissolved in 2008.

Avalon’s City Council members, on Feb. 5, decided to give boaters and other interested parties the opportunity to meet and gather feedback. Council members balked at immediately making a decision to reinstate a harbor advisory body.

A note in the staff report stated: “At present, the City Council, with the support of the Harbor Master and other members of the Harbor Department, serve as the Harbor Task Force. The City Council provides guidance, direction and approval on all Harbor related matters of policy and issuance of Waterside Permits.”

Council member Cinde MacGugan-Cassidy, at a December 2018 City Council meeting, had requested an item on re-instating a harbor advisory body be placed on the agenda at a future meeting. The ensuing discussion at that meeting saw boaters, fishermen and others with business in the harbor state they were onboard for the possibility of having an agency to receive feedback again.

MacGugan-Cassidy, who was previously on Avalon’s last iteration of a harbor committee, stated she is in favor of reinstating the agency after the city received backlash from citizens who were angered by the increase in mooring fees.

Harbormaster JJ Poindexter openly stated at the meeting he did not feel it was necessary at this time. In a recent profile with The Log Poindeter expressed while he was open to having a committee of some sort, he felt it had failed in recent years. Poindexter also suggested at the meeting there may be some push and pull between the harbor department’s emphasis on safety and regulations from commercial cruise business with some of local business owners’ requests. Poindexter also mentioned a task force was meant to be created after the dismantling of the previous harbor committee, but there was never any follow-up to further address its creation.

Mayor Ann Marshall also opposed the idea, asking instead if a public meeting could be held among boaters to gather additional feedback. Poindexter stated he may not be able to attend the meeting, but council members said it was not necessary for him to attend as this was mostly focusing on business owners and recreational boaters in the harbor for a “think tank” or brainstorming session.

MacGugan-Cassidy and Poindexter were contacted, but due to scheduling conflicts they were unable to provide feedback on the harbor committee topic at the time of press. Any updates will be included online.

Avalon is a small community and, as of 2017, was home to 3,764 residents. Much of the community’s income depends on tourism, especially from large cruise ships that keep the city busy during the summer months. Waterfront businesses, like in many other Southern California coastal cities, also provide jobs for residents and mainlanders alike. Some restaurants, like Bluewater Grill, source seafood locally caught by fishermen of Avalon.

While Avalon is dependent on its harbor and waters for much of its wealth, what is the best way to provide a platform for boaters (local and transient), business owners, the harbor patrol, fishermen and others where the waterfront is a concern to come together? Is a harbor committee really necessary when it’s catering to such a small population or does that make it even more vital? It is also important to note that harbor commissions only provide feedback; they are not the governing parties responsible for issuing permits, amending policy or changing regulations. Thus, all harbor commission discussions eventually are received by the city council for the final say unless other federal or state level authorization is necessary as well.

At this time, there has been no official confirmation on the public meeting. The Log will make an announcement if updates become available.

For any further questions, contact Avalon Harbor Department at 310-510-0535 or harborpatrol@cityofavalon.com, or contact Council member Cinde MacGugan-Cassidy at ccassidy@cityofavalon.com.