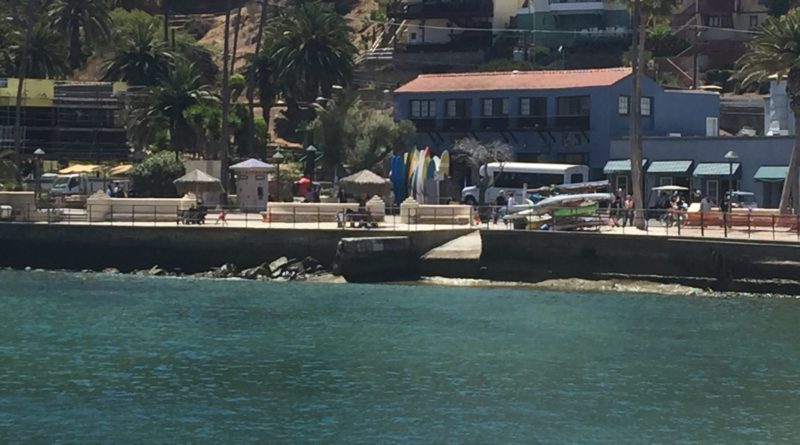 City staff suggests further regulations to Senate Bill 946, but decide to keep conversations going until next meeting to pin down permit selection process.

AVALON—For Avalon, the Sidewalk Vendor Bill, also known as SB 946, introduced by former Gov. Jerry Brown has proved to be a headache as city staff still grapples with how to properly regulate the new bill. Avalon City Council continued talks on introducing an ordinance for the bill, on April 2, to the city’s municipal code. Although the ordinance was meant to be read into law at the meeting, city staff decided to hold off until a future meeting to further craft a lottery or selection process for choosing vendors.

In January, city staff introduced some regulations for sidewalk vendors. Currently, 24 applicants have submitted paperwork to hold a street vending permit under the previous regulations. According to Dan Huncke, Community Services Director, about half the applications are for food services and the other half are for merchandise. However, Avalon city staff has not yet approved any permit holders. The new regulations will be in effect for six months and could then be adjusted after the summer season.

Huncke gave a presentation on how the ordinance have been revised since: city staff decided to permit six vendors instead of 12 at any time; Livescan background checks will be removed; vending is prohibited from the mole on Front Street; and, no vending is permitted adjacent to public beaches. Only one person can take out a permit per entity, which was added so that one person/business cannot hold multiple permits at any given time. Huncke added some of the current applicants fall under the category, which means some applications would be combined or “fall off.”

City council members also recommended that vendors must actively use their carts four days a week for a minimum of 4 hours a day. SB 946 removes vending that interferes with public enjoyment of natural areas.  In addition, no more than one vendor can operate per park; no vending in residential areas; no vending in entrances to buildings; no vending within 50 feet of other street vendors; no vending within 10 feet of public benches, picnic tables, etc.; and ,pushcarts cannot extend 8 feet long and 4 feet wide.

This new ordinance, when it is read into law, will amend Section 5-9.01(a) of Chapter 9 of Title 5 of the Avalon Municipal Code and will add Chapter 21 to Title 5, regulating sidewalk vending in compliance with SB 946.

“Personally for the city I would like to see more food vendors,” Mayor Ann Marshall said.

There was some discussion about assigning spaces for vendors. However, City Attorney, Scott Campbell, stated: “To get the city involved and allocate spaces would be a burden.”

Another issue was the lottery/selection process, which city council members appeared lukewarm. Campbell proposed the lottery selection idea in hopes to account for “low-income/immigrant” population the bill was passed in favor of, but city council felt they had to further discuss how that was defined.

Marshall stated that she felt imposing a lottery system on permit holders who operate food cards – an endeavor potentially costing between $20,00 and $35,000 to get off the ground legally – could potentially “kill a business.”

“Our hope is after the summer, or whatever you decide on tonight, when you adopt the ordinance that there is a 6 month period through the summer, that you see how it works — it’s an experiment.” Campbell said.

It was also determined that street vendors could only operate on city-owned property such as sidewalks, but not in private parks, like Machine Gun Park, which is owned by Catalina Island Company. Catalina Fuel Dock would be an exception and could potentially solve the problem of limited eateries in that area, which council members have discussed at meetings before.

Overall, council members decided to continue the discussion on crafting the ordinance. Campbell agreed to further assess the parameters of a selection system, whether a lottery or first-come-first-served basis, at the next meeting.