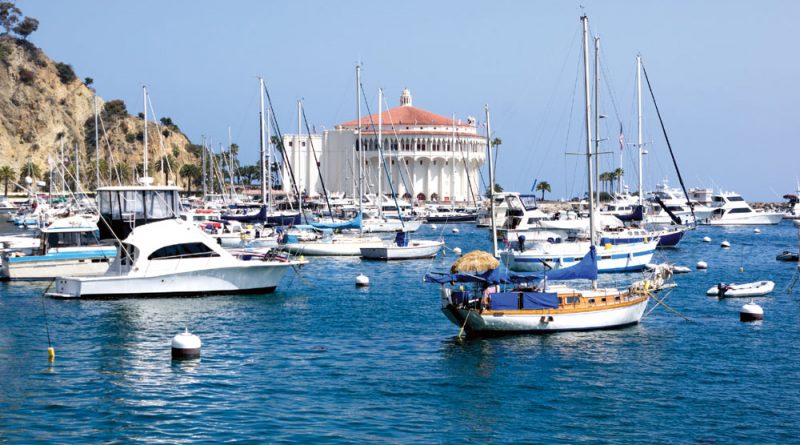 In an effort to make up lost revenues due to Covid-19, the city proposed passing along the 3.99 percent fee on credit card transactions for harbor service charges to users; the city had previously absorbed the cost.

AVALON—Boaters who book moorings in Avalon Harbor using a credit card will now pay an additional 3.99 percent fee to cover the cost of the transaction.

The city proposed adding the 3.99 percent credit card processing fee for harbor transactions to the Fiscal Year 2020-2021 Miscellaneous Fee Schedule. A public hearing on the proposed increase was held at the Oct. 6 Avalon City Council meeting and unanimously approved by the Council.

According to a staff report, after an extensive review of the city budget, it was determined establishing a credit card processing fee on harbor transactions would help offset approximately $30,000 annually in expenses that would otherwise be absorbed by the Harbor Fund.

“What this essentially would do is if somebody wanted to pay with a credit card for any harbor service charge, nightly mooring, there would be a 3.99 percent added charge for the use of the credit card,” Avalon Finance Director Matthew Baker said at the Oct. 6 City Council meeting.

The city has historically absorbed the 3.99 percent credit card processing fee and budgeted to cover the costs.

“It’s not like the city is making money when someone uses a credit card, we’re just passing the total cost of the processing fee to the credit card user,” Baker said.

Boaters can still use cash or check to avoid paying the new fee.

No public comments were submitted during the public hearing.

Mayor Anni Marshall questioned why it was only proposed to apply to the harbor and no other city services. The city charges fees for services and programs provided by various other departments including recreation; planning and building; fire, law and code enforcement, cemetery, finance/administrative services and public works.

“Relative to the credit card fees we collect in the harbor, the amount we collect in rec fees is nominal and because it’s a different payment provider we’d have to change the way we collect,” Baker said.

“It is my goal to accept credit cards for other transactions at City Hall,” Baker said. “Likely if we were to do something at City Hall, it may be a different system so we may have to come back if there is a different process.”