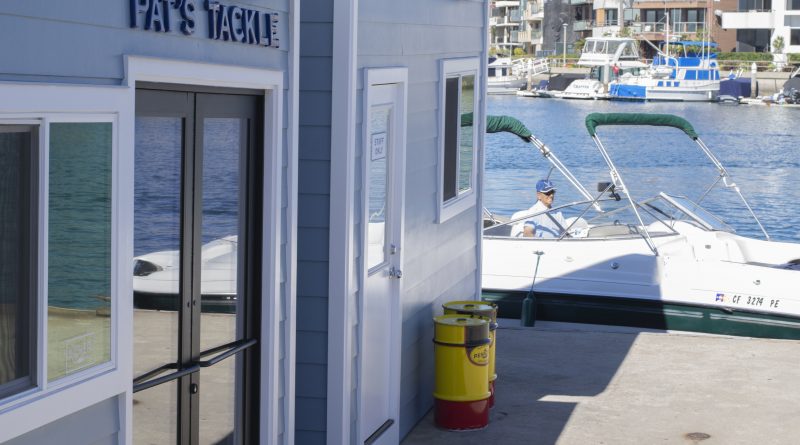 Dion & Sons responded to the city’s request for proposals to operate the Avalon Fuel Dock Facility with a business plan that includes reducing the cost of fuel, adding a small tackle shop, and building a restaurant on the café pad.

AVALON—Boaters stopping off at the Avalon Fuel Dock could soon be able to grab a bottle of wine to enjoy while moored in the harbor, pick up ice for an early fishing trip, and eventually, stop for a bite to eat. The Avalon City Council at its Feb. 16 meeting voted to authorize the city manager to negotiate and execute an agreement with Dion & Sons Inc., a family-run fuel and petroleum distributor based in Long Beach, to take over operations of the Avalon Fuel Dock Facility and build and operate a new restaurant on the property.

“A lot of our boats that come in here [Los Alamitos Fuel Dock] go to Avalon so it just makes sense to want to be there,” said Dion & Sons Marketing Coordinator Madison Cullen.

The business plan submitted by Dion & Sons included reducing the cost of fuel by approximately $1 per gallon, adding a selection of beer and wine to the convenience store, adding a 24-hour ice vending machine, building out the café pad to include a restaurant and bar, and transforming the area known as the “Cave” to include a wine cellar and tackle shop.

Cullen said they also plan to sell Compressed Natural Gas tanks, an item she said is very popular at their other two locations in Long Beach, Alamitos Bay Marine Fuel Dock, and Shoreline Marina Fuel Dock. Dion & Sons took over operations for those facilities in February 2020.

A “friends and family” photo wall welcomes boaters into the Alamitos Bay Marine Fuel Dock convenience store and Cullen said they hope to bring this same family feel to the fuel docks in Avalon. 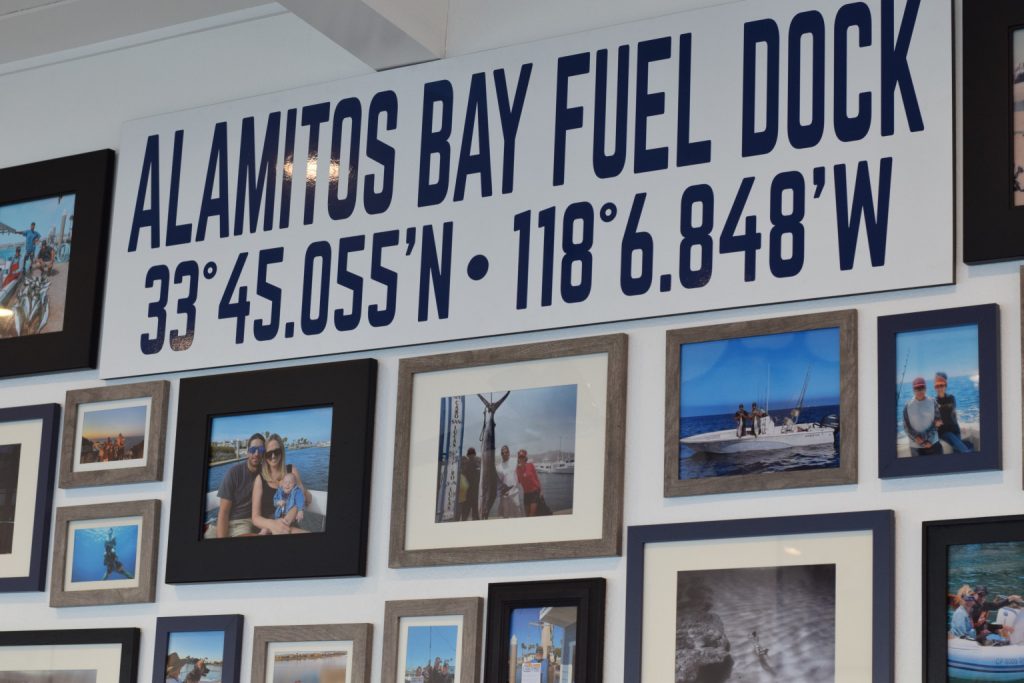 “When people come in, they can send pictures and I print them and put them in frames, just to kind of build that boating community, I want them to feel part of it since it is family-owned and we like that small-town feel of it,” said Cullen.

In November 2020, Avalon issued a request for proposals for third parties to take over operations of the fuel dock facilities as a means of cost savings. The facility is under city stewardship but operates at a net loss, drawing approximately $250,000 from the Harbor Fund annually. The Avalon Fuel Dock operates year-round and serves the approximate 20,000 transient boaters that visit Avalon Harbor each year.

“Our main thing is to just ensure the continuity and reliability of a fuel source to our boating community,” said City Manager Denise Raddee at the Feb. 16 City Council meeting.

The RFP, which had a deadline of Jan. 14, 2021, attracted responses from Dion & Sons and Maxum Petroleum. A committee reviewed and interviewed both applicants and unanimously chose Dion and Sons on Feb. 9

“The things that we really looked for were was their business plan and approach, the equipment they’d be using, their experience, reputation, and benefits to the city,” said Raddee at the City Council meeting.

Dion & Sons has been in the fuel and petroleum supply business since 1930. The business has been in Cullen’s family since the 1980s when her grandfather purchased the company. In February 2020, they made the jump from simply delivering fuel to operations. They now not only supply the fuel to Alamitos Bay Marine Fuel Dock and Shoreline Marina Fuel Dock, but they also run day-to-day operations.

“I think it was a passion of my dad’s,” said Cullen. “It was just an exciting new project, and we now want to expand, and so it was really exciting to see that the city of Avalon put that RFP out.”

Dion & Sons also plans to construct and operate a restaurant on the property.
“We’re hoping to have it where there’s a bunch of outdoor seating,” said Cullen. “There are plans to build a second story that overlooks the harbor because it’s right there on the side, so it’d be a really great place to have a drink and hangout.”

A former restaurant on the site, Casino Dock Café, was damaged by a 2014 storm along with other fuel dock facilities and ultimately demolished in 2015 due to safety concerns. The fuel dock facilities were renovated and enhanced with funding from a grant from the State of California’s Department Parks and Recreation, Division of Boating and Waterways, but the café pad has sat empty for several years as the city sought a third party to fund the construction of a new building.

Cullen said they hope to take over the fuel dock operations in April and then work on developing plans for the construction of the restaurant.

“The fuel side we’re like cool, done, got it, we’re good at that and then the restaurant side is going to be the fun new adventure,” said Cullen.