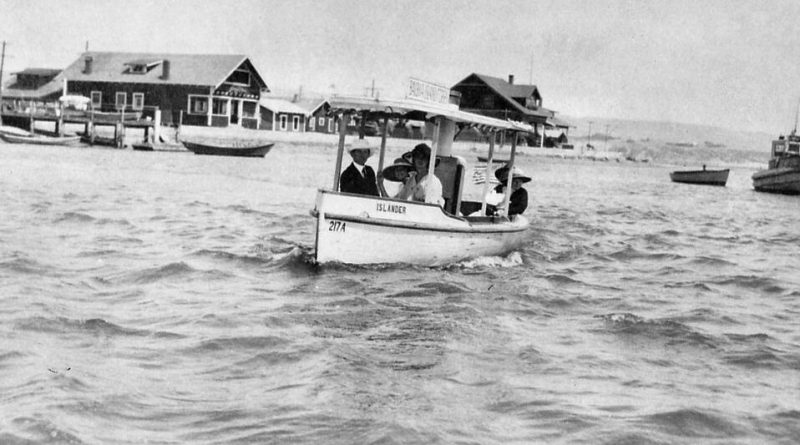 For 100 years Beek and his family have owned the ferry that traverses the 800 feet between Balboa Peninsula and Balboa Island.

Beek started with The Ark, a wooden rowboat with an outward motor that had been fitted with back-up oars and by 1922 had built The Joker, which could fit 20 people and their vehicles.

The ferry continues to operate at normal hours, 6 a.m. to 12 a.m., seven days a week, with three boats that have been on the harbor since the 1950s, Admiral, Commodore, and Captain. To learn more, see the Balboa Ferry Island website balboaislandferry.com