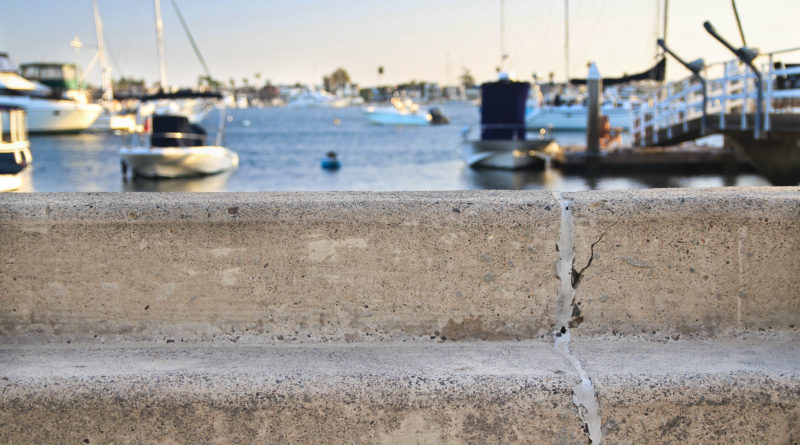 NEWPORT BEACH — Balboa Island Sea Walls project, which began in autumn 2017, was completed in addition to work at four other public areas including Channel Place, Finley Avenue, 36th Street and Lake Avenue. City Council unanimously voted to complete staff requests to close on the contract on July 24, with Council member Jeff Herdman recusing himself due to real property interests.

Bosco Constructors Inc. was awarded the contract for $1,444,444 in September 2017. The total amount spent on the bid item was $1,302,584, coming in slightly under the original award. Plans had called for a 9-inch cap to be added to both the north and side of Balboa Island’s sea walls.

The contractor used the remainder of the award to reconstruct and raise seawall caps at four other public locations. The grand total to complete all projects was $1,592,969 with the inclusion of the change orders equaling $290,385.

David Kiff, Newport Beach’s city manager, said in a release: “Three Notices of Completion (NOCs) that are worthy of mention, as they are projects you will have seen and thought about. One is the recent capping of the Balboa Island Sea Walls.”

Kiff continued: “What a project that was – hopefully buying us all some time as storm overtopping and tides were getting to a point where parts of the Island appeared to be at risk. This project ended up costing $1.6 million and was completed actually a tad early. The project was completed within its budget, so we ended up adding some related work to it while the contractor was out there. I particularly want to thank the contractor, our Public Works staff, and the [Balboa Island] residents for being patient with this one.”

In the staff report, it was explained the other sea walls were at locations where extensive maintenance was required and constant flooding took place. The flooding, which often occurred during high tides, constantly required emergency attention by city staff.

Newport Beach has long debated what to do with its aging sea walls, particularly in the context of defending against predicted sea level rise.

The city was advised against taking piecemeal action in addressing aging sea walls at Balboa Island during a 2015 City Council study session. Part of the debate was whether Newport Beach should pay an estimated $68 million to fully replace more than 10,000 feet of Balboa Island’s sea walls.

Aging sea walls has also been an issue at Naples Island in Long Beach, where, like in Newport Beach, many multimillion homes have their own docks for recreational boats.

[Editor’s Note: David Kiff, who was referenced in this article, will no longer be Newport Beach’s city manager after his retirement takes effect on Aug. 31.]